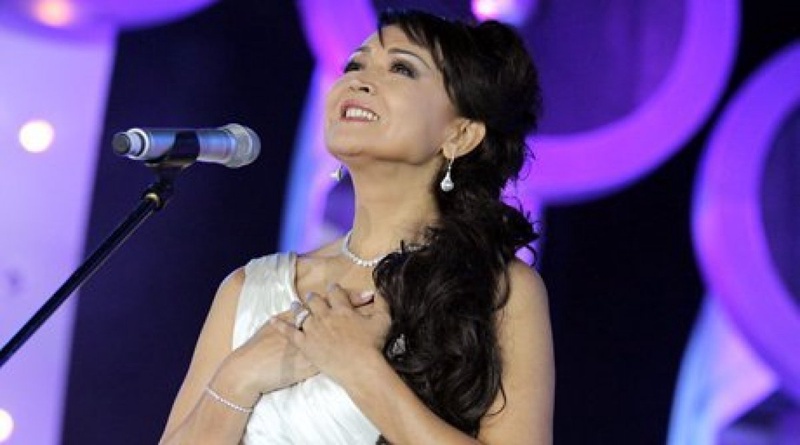 Nurzhamal Usenbayeva. ©Yaroslav Radlovsky
Nurzhamal Usenbayeva, a famous soprano from Kazakhstan, has been awarded with the prestigious Golden Europea statue for artistic and cultural activities by the European Union of Arts, Tengrinews reports citing the press-service of Astana Opera. "The gala-concert was held at the Rudolfinum in Prague. It promoted treatment of children with cancer. The concert was devoted to raising money for treatment of the children in best clinics equipped with the most advanced technologies. The opera diva performed at the charity gala-concert on November 4 in Prague. Usenbayeva brought home the gold figurine and diploma of Golden Europea," the press-service said. The soprano from Kazakhstan performed together with world-renowned baritone Filip Bandzak. They were accompanied by the Southern Czech Chamber Orchestra directed by Petr Chromczak. After the award Nurzhamal Usenbayeva returned to Kazakhstan and performed in Astana Opera on November 8. She sang the Sara part in Birzhan-Sara opera of Kazakhstan's Mukhan Tolebayev. She created an inimitable image of poetess and the image of the greatest Birzhan was performed by Russian Honored Artist Akhmed Agadi. The European Union of Arts (EUA) is an international association of culturally active individuals and legal entities operating in Europe and other countries. It was founded in Brussels in 1999. Since the beginning of the new millennium its Presidium has been awarding the European Award for artistic and cultural activities and the European Award for promoting arts and culture.