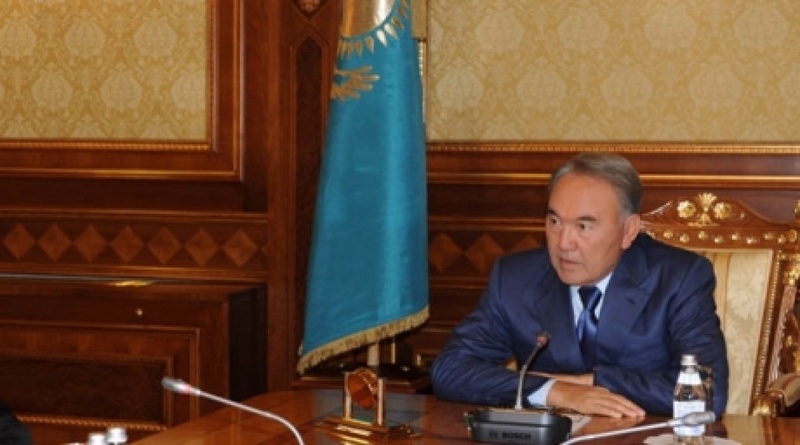 President Nazarbayev. Photo courtesy of akorda.kz
October 11 President Nazarbayev met Secretary General of the Council of Europe, Thorbjørn Jagland, Tengrinews.kz reported, citing the official website of the President. The meeting took place at the threshold of the World Free of Nuclear Weapons forum to be held in Astana October 12. Thorbjørn Jagland emphasized that “Kazakhstan is an example of many ethnic groups living in peace and accord (…) Unilateral renouncement of the nuclear arsenal was an outstanding move of historical significance (…) This initiative is of great importance as part of the international campaign to make the world free of nuclear weapons”. Thorbjørn Jagland expressed hope Kazakhstan would continue its nuclear disarmament and non-proliferation efforts, according to the President’s Press Service. The Council of Europe is an international organisation promoting co-operation between all countries of Europe in the areas of legal standards, human rights, democratic development, the rule of law and cultural co-operation. It was founded in 1949, has 47 member states with some 800 million citizens, and is an entirely separate body from the European Union (EU). Unlike the EU, the Council of Europe cannot make binding laws. The best known bodies of the Council of Europe are the European Court of Human Rights, which enforces the European Convention on Human Rights, and the European Pharmacopoeia Commission, which sets the quality standards for pharmaceutical products in Europe. The Council of Europe's work has resulted in standards, charters and conventions to facilitate cooperation between European countries.