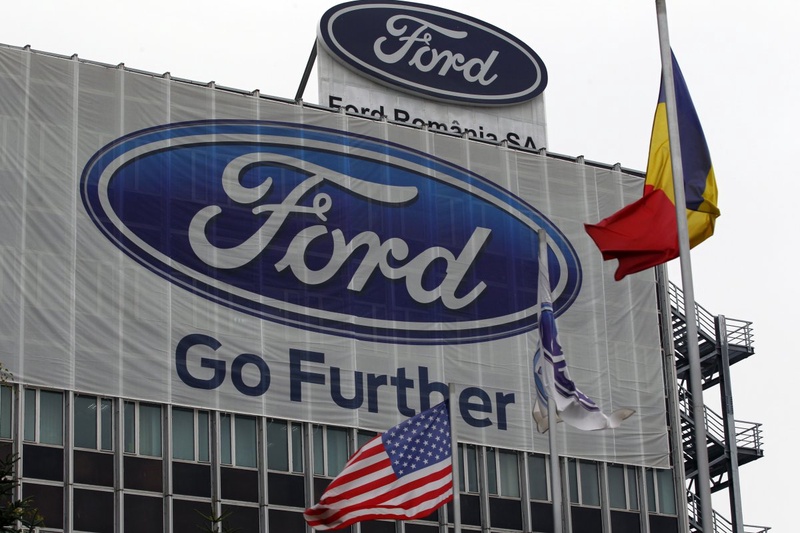 ©REUTERS
General Motors, Ford and Chrysler reported their best US sales performances since 2007 on Tuesday amid booming overall auto demand following the US industry's near-collapse five years ago, AFP reports. Total industry sales rose 3.4 percent from March 2012 and came in at a seasonally adjusted, annual pace of 15.3 percent, according to Autodata. That's down slightly from February, but means the industry has now racked up five consecutive months with a sales pace of over 15 million vehicles. The strong sales come after years of painful restructuring and the plunge in demand following the 2008 financial crisis, which pushed GM and Chrysler into government-backed bankruptcies. "We're not quite back to pre-recession levels, but the industry is getting closer to a full recovery every month," said Edmunds.com analyst Jessica Caldwell. "As long as the auto industry continues this string of 15-plus million (sales pace) every month, there won't be any shortage of optimism." Since auto sales vary significantly from month to month because of traditional shopping patterns, seasonal sales and product launch schedules, analysts focus on the seasonally adjusted sales pace. GM said it posted its best March performance since 2007 "thanks to a strengthening economy and new products" as sales rose six percent to 245,950 vehicles. "Sales of smaller cars have been robust for some time," GM sales chief Kurt McNeil said in a statement. "Trucks have improved in lockstep with the housing market and the strength of the crossover market signals that America's families are more confident about their financial health." Chrysler said its sales rose five percent to 171,606 vehicles in March despite limited inventory of some of its best-selling models, including Jeep and heavy-duty Ram trucks. It was the company's 36th consecutive month of gains in year-over-year sales, and the strongest sales for any month since December 2007. Ford posted its best performance for any month since May 2007 as sales rose six percent to 236,160 vehicles in March. Meanwhile, Toyota sales rose one percent to 205,342 units in March. "The auto industry continued its string of impressive monthly results, and at Toyota we had our best month since Cash for Clunkers in August of 2009," said Bob Carter, head of automotive operations for Toyota Motor Sales, USA. "A strong first-quarter close and increased consumer confidence continue to position the auto industry as a leader in the economic recovery." Honda sales rose seven percent to 136,038 units while Nissan saw its sales rise by one percent to 137,726 vehicles. Korean automakers bucked the positive trend, with Kia down 15 percent at 49,125 and Hyundai down two percent at 68,303. Volkswagen, which has been aggressively expanding in the United States, marked its 31st consecutive month of gains and its strongest March in 40 years as sales rose three percent to 37,704 vehicles. "While we are cautious in terms of economic outlook, we expect to see continued growth at a moderate pace in the months ahead," said Jonathan Browning, president and CEO of Volkswagen Group of America.