Kazakhstan ended up in the 10 World’s Worst Performers in Economy compiled by Bloomberg, Tengrinews reports.

Brazil took the third place with GDP dropping to -1.6%. The economic situation in the country is affected by inflation of the local currency and growing unemployment.  A similar situation is observed in Argentina (-1.5%).

The remaining six countries on the list have their GDP rates in positive values. However, the growth level is not as high as the state officials promised. These countries include Kazakhstan, Switzerland, Croatia, Serbia, Greece and Italy.

"Kazakhstan, whose biggest trading partner is Russia, is now expected to grow 1.2 percent, having plunged from the 3.6 percent economists projected three months ago,"  Michelle Jamrisko and Catarina Saraiva of Bloomberg wrote. 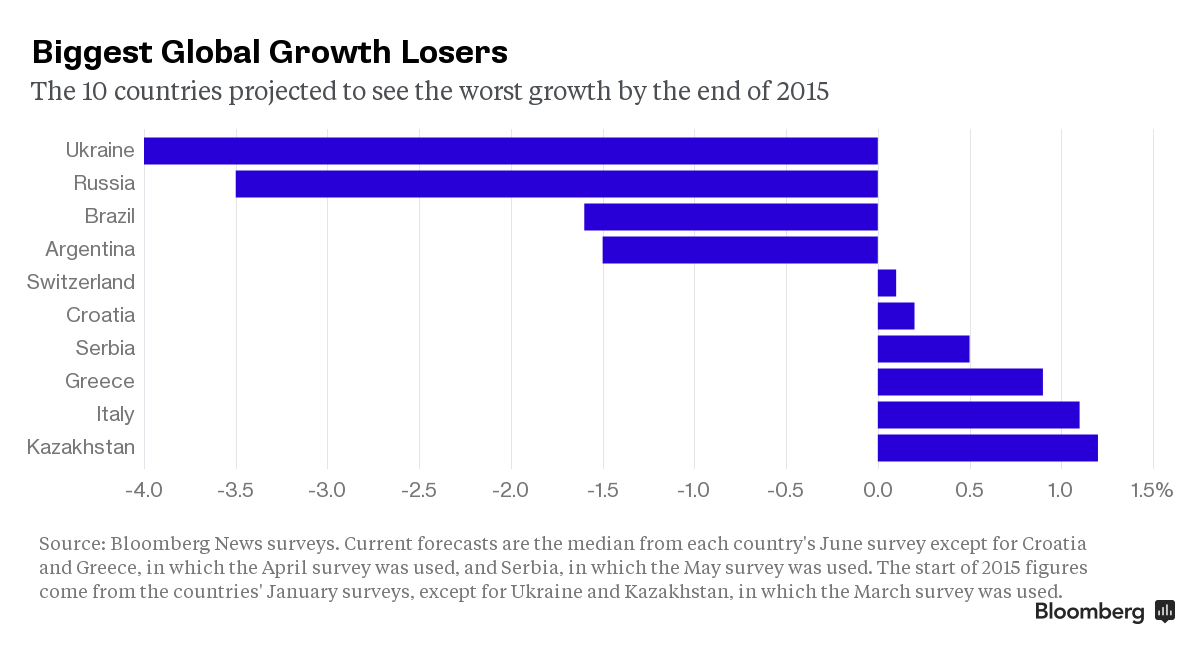