Kazakhstan to develop its tourism industry 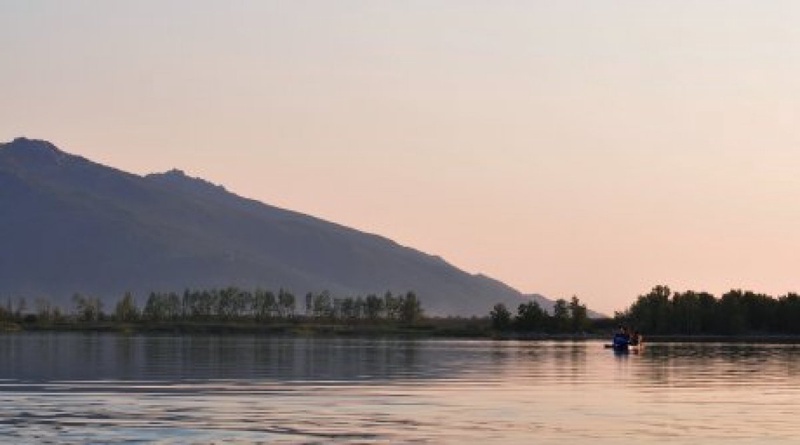 Despite Kazakhstan’s huge tourism potential, Kazakhstani tourism is not being developed properly. This conclusion was drawn at the government meeting held in the Majilis, the lower chamber of the Kazakhstan Parliament, chaired by Deputy Speaker Dariga Nazarbayeva, during which they discussed the prospects of development of Kazakhstan’s tourism industry, Tengrinews reports citing Kazpravda.kz.

The Deputy Prime-Minister and concurrently, the Minister of Industry and New Technologies Asset Issekeshev reported on the prospects of Kazakhstan’s tourism industry.

“The Ministry of Industry and New Technologies has developed the Concept of Tourism Industry Development 2020,” Asset Issekeshev said. One of the main goals set in the document is to bring the share of tourism in the country’s GDP to 4% from the current 0.3%, attract up to $4 billion of investments and creation 300 thousand new jobs in the industry.

Within these clusters, implementation of national projects will be carried out: South Kaskelen and Kok Zhaylau ski resorts in Almaty cluster, Bukhtarma and Katon-Karagai in East Kazakhstan cluster, Kenderli in Western Kazakhstan cluster, and Burabai (Borovoe) in Astana cluster.

The government was largely focused on the Burabay region. MP Aldan Smaiyl resented that Burabay water reservoirs were very polluted, noting that if Kazakhstani officials spent more of their vacations in their home country, rather than at the French or Spanish Riviera, then Kazakhstan’s tourism might be more developed and popular.

“If they were vacationing in Borovoe resort area, they would have long ago cleansed Borovoe Lakes. We go to Okzhetpes (a well-known rock in Borovoe), but we cannot swim there,” the MP complained.

In response to the MP’s resentment, the Vice-Minister of the Environment and Water Resources Yerlan Nysanbayev promised that in nearest future 18 Kazakhstan’s lakes, including the lakes in Burabay region would undergo cleansing and sanitation.

"1 trillion 450 billion tenge (around $8 billion) will be allocated to clean up the lakes," Deputy Minister said, “We have not taken such measures for a long time, and only now, with this state program in place, we gave identified 18 Kazakhstani lakes that require cleansing in the first place. In the next 3.5 years, we are going to implement these measures in Borovoe, for which 23 billion tenge (around $125 million) has been allocated.”

According to him, a new cleansing technology will be used for the first time in Kazakhstan. "Besides traditional mechanical cleansing it involves use of biological methods that can prevent recontamination," Yerlan Nysanbayev assured.

However, polluted water reservoirs are not the only problem hampering the development of tourism, ridiculously  high prices is another one.

“It is 1.5 or even 2 times cheaper to have vacations abroad, than to spend the here in our home country,” the head of the Majilis Committee for Economic Reform and Regional Development Seitsultan Aiymbetov said.

Asset Issekeshev, explained that the problem of high prices lays in the local climate. It is warm enough and the resorts are attractive only during two or three months a year. So owners of resort venues are trying to capture the profit for a year ahead. To solve this problem the Ministry plans to make Burabai region a venue for festivals and gatherings throughout the year.

“Within the comprehensive plan, we have developed 50 tourist products - winter sports, autumn sports, family sports, and health programs. Secondly, we plan to develop a series of events, including festivals, meetings and national gatherings, to makes sure that the resort areas are loaded all the time, regardless of the season,” Asset Issekeshev said, noting that such option for tourism development is going to be introduced in other regions of the country as well.

Another way to increase attractiveness of country’s own resort areas is trips through the trade committees.

“During Soviet times, there were trade committee trips. So now we want to introduce tourist certificates where the employer pays most of the tour cost, and the employees pays the remaining 20-30%, up to 50%. This will have a significant social effect, improve people's health and benefit development of domestic tourism,” Asset Issekeshev added.

According to him, this proposal is reflected in Kazakhstan's Tourism Industry Development Concept. One can only hope that local employers will be enthusiastic with this idea.

High prices of air tickets and lack of tourism infrastructure and among other barrier hindering development of Kazakhstan’s tourism industry.

According to the statistics, over the past three years, 27.2 million citizens have travelled abroad, while 18.6 million have visited Kazakhstan.

On the other hand, 9.7 million have used the services of domestic tourism, and this value over the 3 year period is 400 thousand times less than the number of people who travelled abroad in 2013 alone. Such data only proves the importance of development of Kazakhstan's tourism industry.