Warm weather and rains have given way to winds and blizzards in Astana.
29 декабря 2015, 21:30
Photo courtesy of Kazakhstan Temir Zholy

Warm weather and rains have given way to winds and blizzards in Astana, Tengrinews reports.

A lot of flights are being delayed. As of 5 p.m. 3 international flights from Astana were delayed and one cancelled. 15 domestic flights were delayed. 27 arrivals were delayed at the Astana airport as well because of the weather. 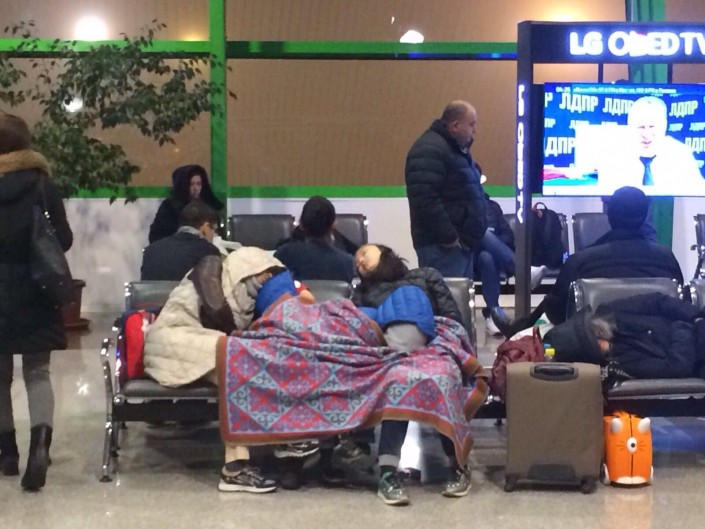 People waiting at the Airport of Astana. Photo courtesy of a Tengrinews reader.

A bus bound for Astana from Omsk flipped over 20 km from Astana earlier today. And over 100 traffic accidents due to poor visibility and bad weather took place in the city of Astana.

“People from the bus station have moved over to the train station hoping to depart. (...) There is no discontent among the passengers. They have been provided access to baby care rooms and lounge areas, additional chairs have also been provided,” Vokzal-Service, the station managing company, said. 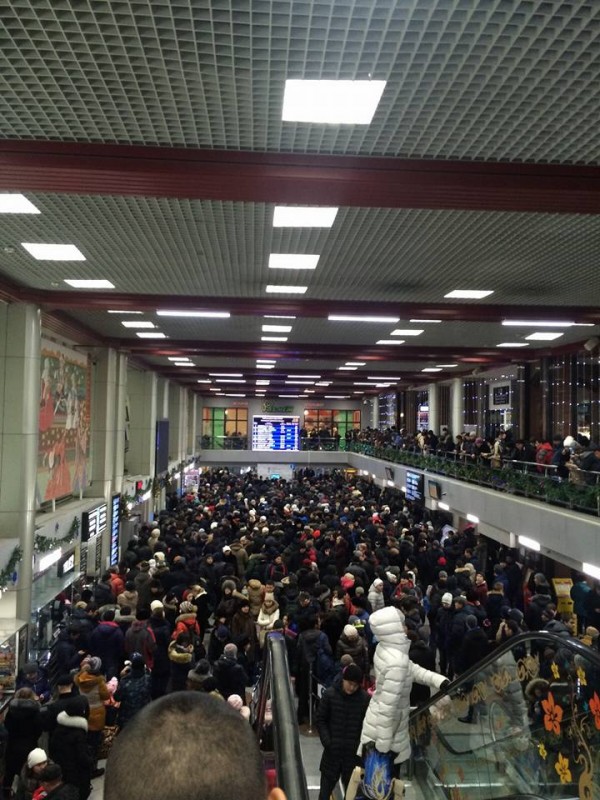 Railway station in Astana is packed with people. Photo from Facebook page of Yerlan Musayev

Kazakhstan Temir Zholy, the national company managing the country’s railways, said that over 32 thousand cubic meters of snow had been removed from the railway tracks since the blizzard began yesterday. "Due to the complicated weather conditions on December 28 and 29 all the railway transport is operating in high alert mode. 147 snow-removing vehicles are clearing tracks. No serous disruptions in the work of railway transport have taken place,” the company’s press-service said. 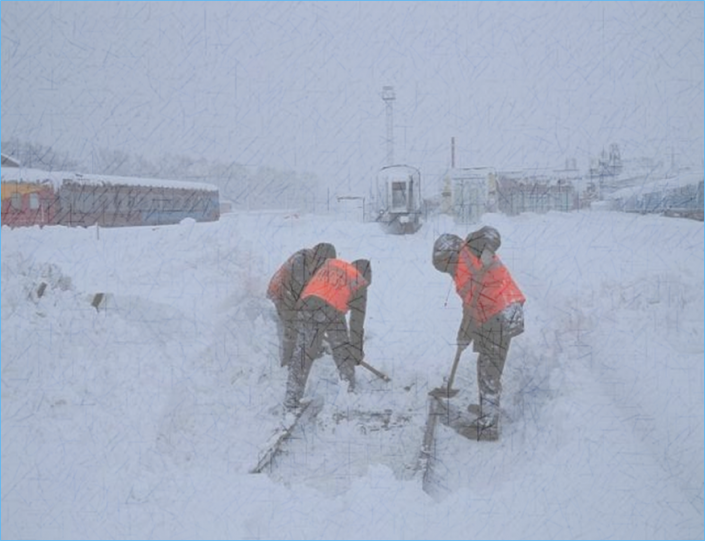 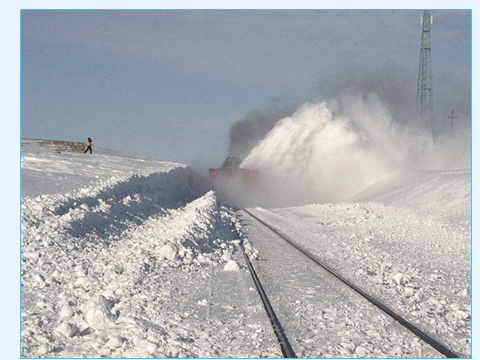 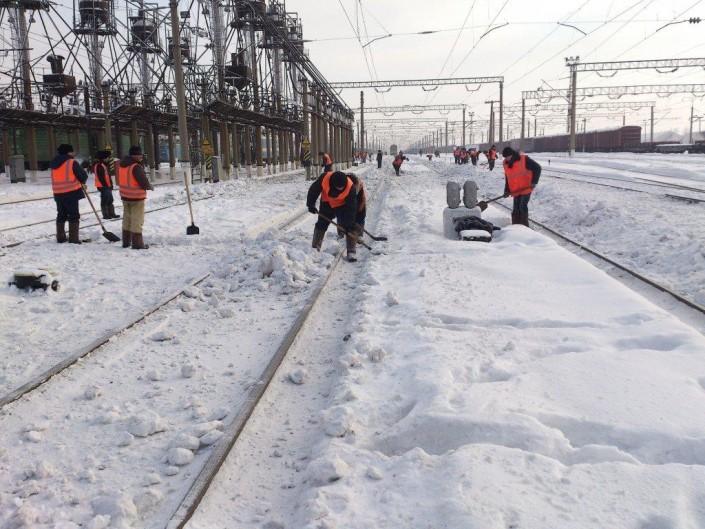 There were blackouts in the outskirts of the city where power is supplied along overhead power transmission lines – some of the lines were damaged by the wind and heavy snow.

“Most of the blackouts were caused by wire breaks and crosses. (…) The company’s emergency repair crews are fully equipped and are fixing the damaged sections," Astana REK, one of the power supplying companies of Astana city, said.

Near Keruen mall, a huge shining ball installed as Christmas decoration was uprooted and picked up by the wind. It wasn’t carried away anywhere far, but damaged a nearby car.

A Christmas tree near Rakhmet mall also sustained damage from the blizzard – it nearly lost the upper part. 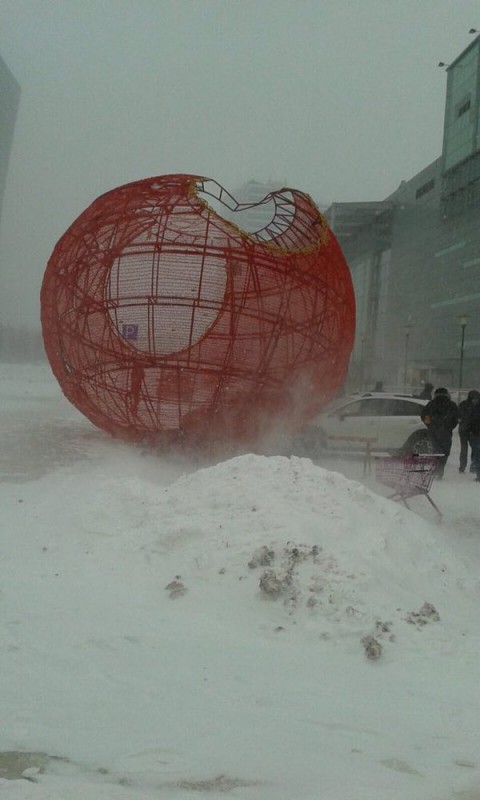 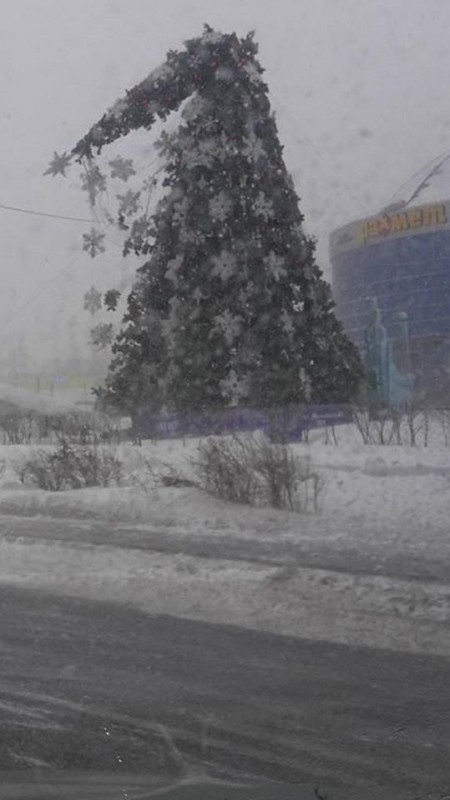 Classes at schools were cancelled for everyone except high school students.