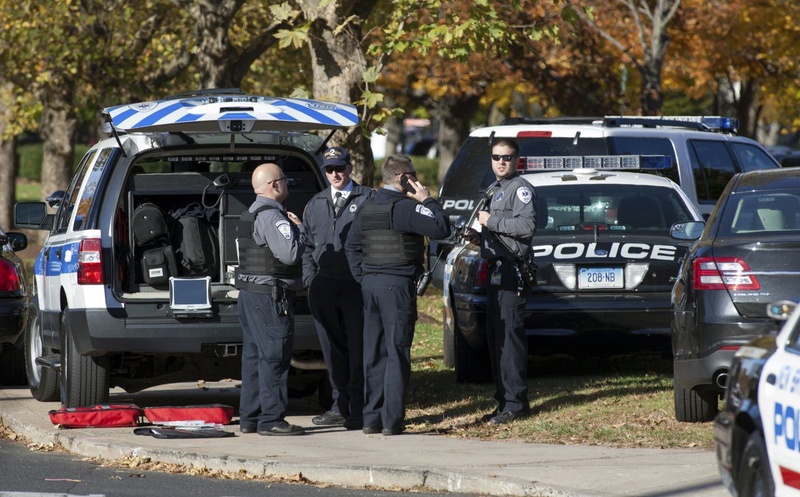 ©Reuters/Michelle McLoughlin
Authorities put a shopping mall in Paramus, New Jersey, on lockdown late Monday after a gunman was spotted and witnesses reported hearing shots, AFP reports citing US media. No injuries were immediately reported. Shooting erupted at the Garden State Plaza Mall around 9:20 pm local time, CNN television reported. One gunman dressed in black was being sought by police, NBC said. Witnesses gave varying accounts of the number of shots they heard, the reports said. Many stores scrambled to close their gates, but CNN cited Bergen county officials as saying the suspect was still at large over an hour after the shooting was first heard at the popular mall in a suburban area near New York City. Shocked workers and shoppers scurried out in a an alarming incident that recalled September's tragedy at a shopping mall in Nairobi, Kenya where an attack claimed by Somalia's Al-Qaeda linked Shebab killed at least 67 people.