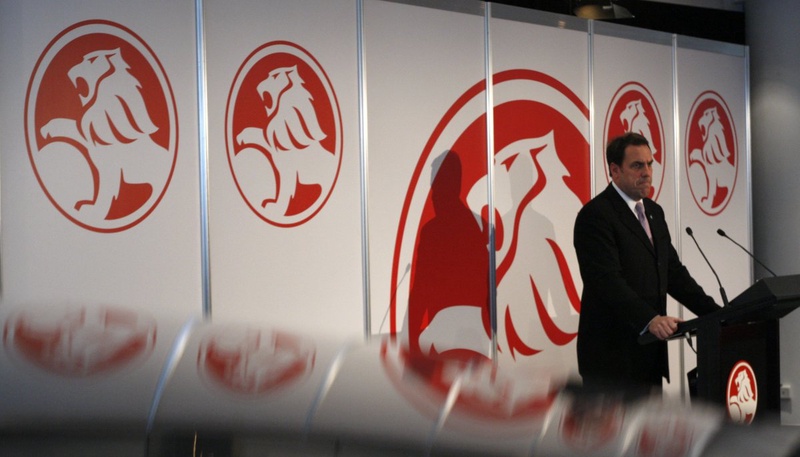 GM Holden chairman and managing director Mark Reuss. ©REUTERS/Mick Tsikas
Car manufacturer GM Holden announced Monday 500 jobs will be axed from plants in Australia, blaming the strength of the local dollar for squeezing sales, AFP reports. Of the job cuts, 400 will be made in Adelaide where production will be scaled back from 400 cars a day to 335. Another 100 jobs will go among product development staff in Melbourne. "This is a very difficult decision because people and their families are involved," said chairman Mike Devereux. "But to protect the long-term future of Holden we have been forced to take these actions and this restructure will better align Holden with projected future volume and workload." The company said the cuts were "due primarily to a reduction in demand for the locally made Cruze small car led by a high Australian dollar, combined with one of the most open and competitive car markets in the world". "The appreciation of the currency means that making things in this country is 60 percent more expensive than it was 10 years ago. The currency is the strongest it's been in more than 30 years," said Devereux. "We have made significant productivity gains but are witnessing a structural shift in the Australian market which favours importers due to a sustained high Australian dollar and extremely low tariffs. "This perfect storm of economic conditions has put intense pressure on the local industry." The General Motors subsidiary, which employs some 4,000 people in Australia, last year slashed its workforce by about 170, again citing a strong Australian dollar and slow car sales. The government, which handed Holden a Aus$275 million (US$285 million) lifeline last year to keep its plants open amid fears it would pull out of Australia, said it was disappointed with the news. "The Gillard government remains committed to the Australian automotive sector and the manufacturing sector more broadly," said Gary Gray, the acting minister for climate change, industry and innovation. "Car manufacturing is an integral part of the Australian economy, with some 250,000 people employed in the sector and associated industries." Australia's auto industry is struggling with the effects of the high local dollar, which has traded near or above parity with the greenback for more than two years, squeezing exports and compounding rising production costs. Though Australia did not go into recession during the global financial crisis, domestic confidence has failed to return to pre-crisis levels, also hitting car sales.