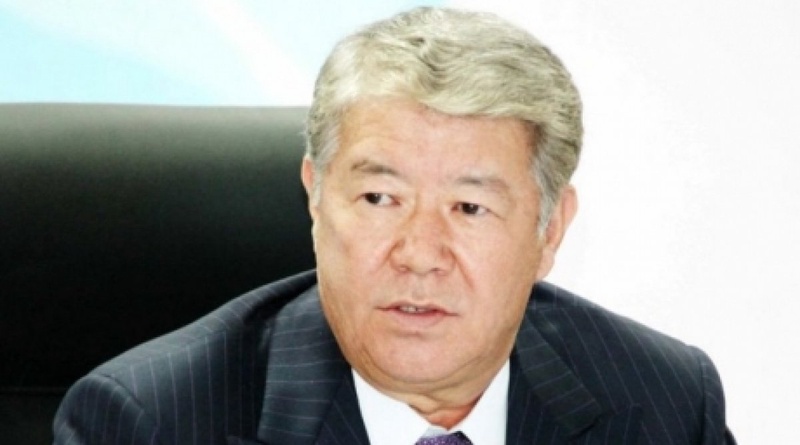 Almaty Mayor Akhmetzhan Yessimov. Photo courtesy of thenews.kz
Mayor of Almaty city Akhmetzhan Yessimov has held the second emergency meeting of Almaty police chiefs in relation to yesterday's incident near Prime Plaza trade and entertainment center, Tengrinews.kz reports citing Almaty municipal authorities. The first emergency meeting was held at the site of the mass violence at 11:15 p.m. yesterday. According to the acting head of the Almaty Interior Department Kanat Taimerdenov, 165 participants of the mass disorders were delivered to police departments. Most of them were allowed to leave after a preliminary investigation. A criminal can on Hooliganism (Article 257 of the Criminal Code) was initiated over the disorders. Another criminal case was initiated against the administration of Prime Plaza trade and entertainment center over Uncontentious Attitude to Duties. According to prosecutors the administration of the trade and entertainment center failed to obtain the official permission for the mass entertainment event before the concert, because the platform they were using was not suitable for the mass event. It was recommended to the administration to cancel the concert or transferring it to a more suitable location. Nevertheless the administration decided to go on with the concert and officially undertook to ensure and maintain security at the event at its own accord. Akhmetzhan Yessimov said that the city's law enforcement authorities reacted to the disorders adequately. He emphasized that the investigation must be made in strict abidance to the law and only instigators and active participants of the disorders must be punished. Instigators of the mass disorders in Almaty may face up to 7 years in prison, the press-service of the Almaty Interior Department told Tengrinews.kz. The administration of the mall may face a fine of $90,000 to $130,000 or a prison term of up to 5 years, or a prison term of up to 3 years with a consequent ban from certain types of activities (limited to 3 years or a life ban)," the Almaty interior Department said. At the first emergency meeting Yessimov said that the administration of Prime Plaza should be punished for failing to ensure sufficient security at the event, Interfax-Kazakhstan quoted the Mayor as saying. "It is too early to make any conclusions yet. I was told that Kairat Nurtas was singing here, he is very popular now. A lot of people gathered for the concert. The event was not officially authorized and the administration of the mall was supposed to ensure proper security at the even themselves. But their failed to do so," he is quoted as saying by Vremya newspaper. "It was reported to me that the disorders started spontaneously and were not prepared beforehand. The crowd broke a billboard and fished ditches for stones. It is too early to be sure if the mass violence was prearranged. So far we believe that it was spontaneous, but we need to investigate it," Yessimov added. "All the personnel of the Almaty Interior Department has been place on high alert," the Department added. Mass disorders that happened yesterday left 16 people severely injured, the mall rampaged, nearby cars overturned and a lot of people scared. Late on August 31 around 2000 people gathered near Prime Plaza mall for a concert of a famous Kazakh pop singer Kairat Nurtas. The concert did not start on time and then the singer left the stage without even finishing the first song. The disappointed crowd started breaking through the fencing then raged at the parking lot and the ground floor of the mall shattering windows and crashing the equipment. The mob was using stones and glass bottles. The damage to the concert equipment alone is estimated at more than 150 thousand dollars. The crowd was dispersed, the police got the situation under control and fully stopped the raging by 11:00 p.m.