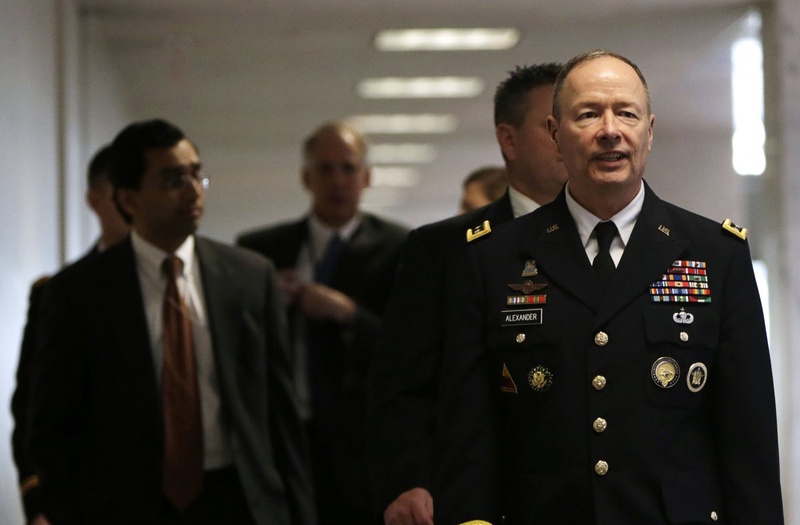 National Security Agency (NSA) Director General Keith Alexander. ©Reuters/Gary Cameron
Shady agencies at the service of democratically elected governments are among the worst online spies in the world, media watchdog RSF said Wednesday, putting them on the same level as offenders in Iran, China and Saudi Arabia, AFP reports. In the latest instalment of the "Enemies of the Internet" report, wholesale spying by "free world" services -- much of it exposed by US intelligence contractor Edward Snowden --- is offered no distinction from the unabashed surveillance carried out by the world's worst dictatorships. To RSF, agencies such as the US National Security Agency, Britain's GCHQ and the Centre for Development Telematics in India embrace the worst methods of snooping in the name of governments that purportedly hold freedom of speech as a national priority. They have "hacked into the very heart of the Internet" and turned a collective resource "into a weapon in the service of special interests" that flout the "freedom of information, freedom of expression and the right to privacy". "The NSA and GCHQ have spied on the communications of millions of citizens including many journalists," the report by Reporters Sans Frontieres (RSF, Reporters Without Borders) said. The methods used, many of which NSA contractor Snowden revealed to the world last year before going into hiding in Russia, "are all the more intolerable" because they are then used by authoritarian countries such as Iran, China, Turkmenistan and Saudi Arabia, the report said. Also singled out by RSF are private companies that provide their most up-to-date powers of snooping at trade fairs that have become giant spying bazaars selling the best that technology can offer. It is at these shows hosted regularly around the world that profit-driven spy-ware firms link up with government agents or nervous multinationals that are in search of the newest ways to observe and control the Internet. RSF argued that the censorship carried out by the Enemies of the Internet "would not be possible without the tools developed by the private sector companies to be found at these trade fairs." With these tools, spies can track journalists anywhere in the world, RSF said. Governments keen to impose censorship also help one another. Iran has asked China to help it develop a local version of the electronic Great Wall that cuts off billions of Chinese from the Internet as seen by the rest of the world. China is active in Africa and central Asia too. To stop this proliferation of snooping, RSF said a whole new legal framework to govern surveillance was "essential" with states needing to embrace transparency regarding the methods being used. The fight for human rights, it warned, "had spread to the Internet".