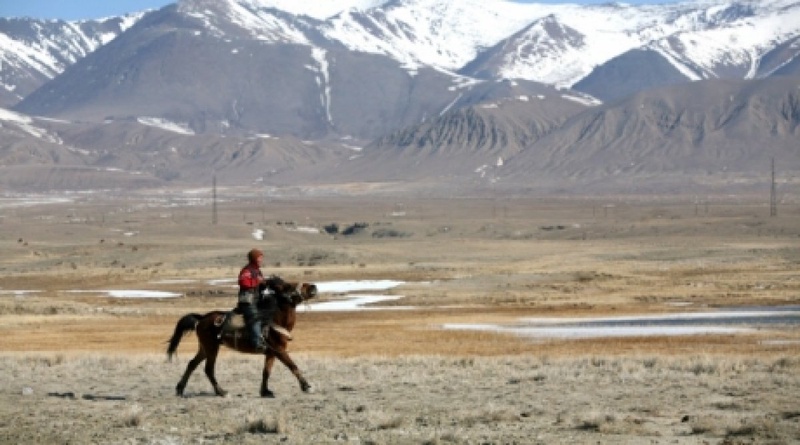 ©RIA Novosti
Kazakhstan cowboys will be trained to tend cattle by American experts, KazTAG reports citing Associated Press. “Transplanted North Dakota cattle are thriving in Kazakhstan's cold climate, but many of the former Soviet republic's cowboys are still greenhorns so it has hired Great Plains ranch hands to help out and is sending some of its own to the U.S. for training,” Dean Gorder, executive director of the North Dakota Trade Office, told AP. He said that 12 Kazakhstan cowboys will arrive in North Dakota in November for an intensive two-week course in cattle tending. "There is no classroom work," Gorder said. "It's hands-on working with cows." Gorder also reminded Kazakhstan officials that “cattle are what they eat”. According to him, despite of acclimatization to Kazakhstan climate conditions, the American cows are not fattening as they would have in the Untied States. "They are not gaining as much weight there but we are reminding (Kazakhstan officials) that cattle are what they eat," Gorder said. "The food that they have in Kazakhstan does not have the nutritional value a typical rancher in North Dakota will feed his cattle." Around 5 thousand Angus and Hereford cows have been delivered to Kazakhstan from North Dakota over the past 2 years. Besides, the plan is to fly over another 3 thousand of cattle to Kazakhstan. Kazakhstan is also buying cattle from Canada and Australia. However, according to co-owner of Global Beef Consultants LLC Dan Price, American cattle are of priority. “Kazakhstan's cold climate mirrors North Dakota's. That's where the U.S. and Canada cattle have an advantage over Australian genetics," Price explained.