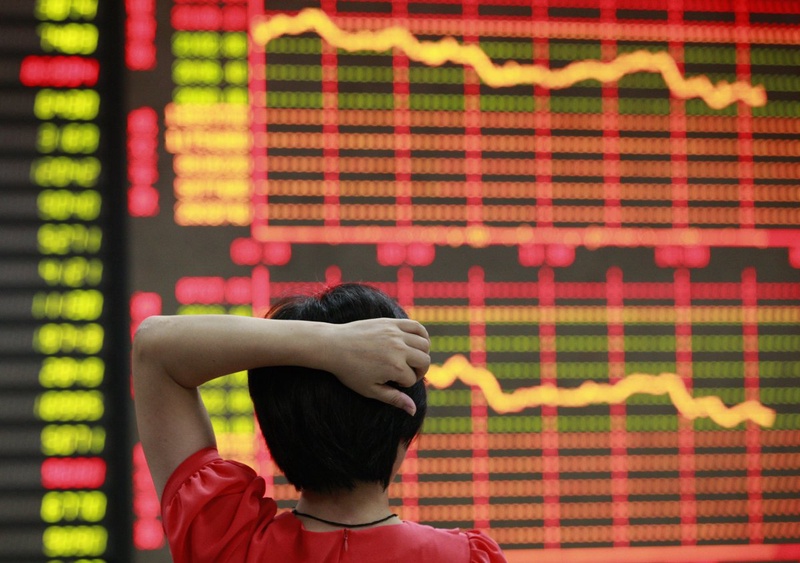 ©REUTERS
A slowdown in China's economy is perceived as the biggest risk to Asia's economic growth, AFP reports according to a survey of regional powerbrokers released Wednesday. While there were also worries about the weakness in the European and US economies, the survey by the Pacific Economic Cooperation Council (PECC) think tank said there was more concern over the effects of a slowdown in China. "In terms of risks to growth, regional opinion leaders were more worried about the impact of a slowdown in China than they were for slowdowns in Europe and the United States, albeit by a slight margin," it said. Results of the survey -- which included business executives, senior government officials and academics -- were released in the Russian city of Vladivostok ahead of this weekend's Asia Pacific Economic Cooperation (APEC) leaders' summit. Donald Campbell, co-chair of the PECC, said the survey results emphasised China's growing importance as a driver for the global economy. "If you take 10 years ago in terms of economic output, Asia Pacific was about 20 percent. Now it's 35 percent, it's the fastest-growing... and it's driven by China," Campbell told AFP . "China is becoming very, very critical in terms of the world economy and growth so you can see the concern over any diminution in growth." China's insatiable appetite for raw materials and other goods had kept the factories of other Asian countries humming despite slower exports to the United States and Europe following the 2008 financial crisis. China is the largest trading partner of the 10-member Association of Southeast Asian Nations (ASEAN). But a raft of recent data has shown the world's second biggest economy is slowing. China's manufacturing activity fell to its lowest level in more than three years in August, according to a closely watched survey compiled by British banking giant HSBC. This came after the Asian giant's economic growth slowed to 7.6 percent in the second quarter, the worst performance in three years and the sixth straight quarter of slower growth. According to the PECC survey, 56 percent of respondents "are gearing themselves for weaker economic performance from China over the next 12 months", up from 36 percent in the previous poll last year.