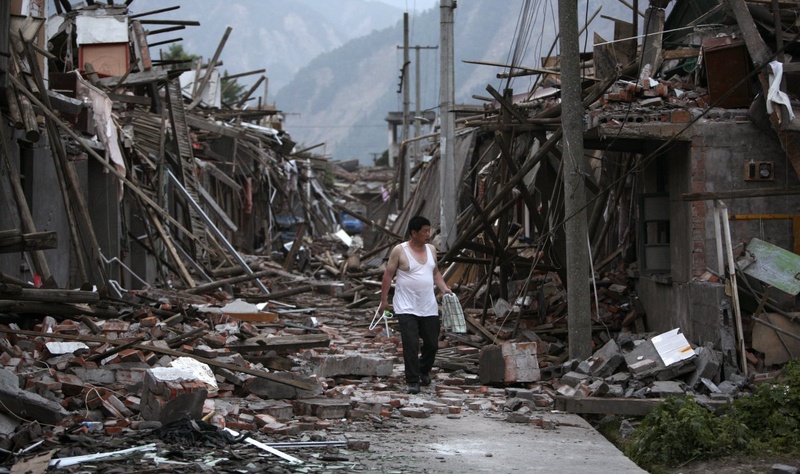 Six years after a huge earthquake killed tens of thousands of people in China, questions over poor building work and corruption were still being asked on Monday's anniversary, as online posters remembered the dead, AFP reports.

The disaster provoked widespread grief in China, but also outrage after it emerged 7,000 schools were badly damaged in the southwestern province, triggering accusations of shoddy construction, corner-cutting and possible corruption, especially as many other buildings nearby held firm.

The aftermath of the earthquake saw the rise to prominence as a government critic of artist Ai Weiwei, who organised a citizens' probe into the school collapses. The campaign led to him being badly beaten by police when he tried to testify in support of an activist who had investigated the issue.

"The earthquake was a natural disaster, but we still have to call into question, wasn't the death of more than 5,000 students in relation to a man-made disaster?" said Liu Xiaoyuan, Ai's lawyer, in an online posting Monday.

Many campaigners and parents are still seeking answers on how the quake destroyed so many schools when it struck during afternoon classes. They have become known as "tofu schools" in China, likening their structural instability to the popular soft bean curd dish.

"Apart from the officials and experts who don't believe that the school buildings had problems, how many others would believe the collapse of the buildings was unrelated to 'tofu construction'?" Liu added on his verified account on Sina Weibo, a Chinese version of Twitter.

Elsewhere on the hugely popular forum, many posted messages remembering the casualties of a disaster.

"May the dead rest in peace, and the living remain strong," said one post.

"We should continue to grieve, but also ensure that help is provided to those who continue to be affected," said another.