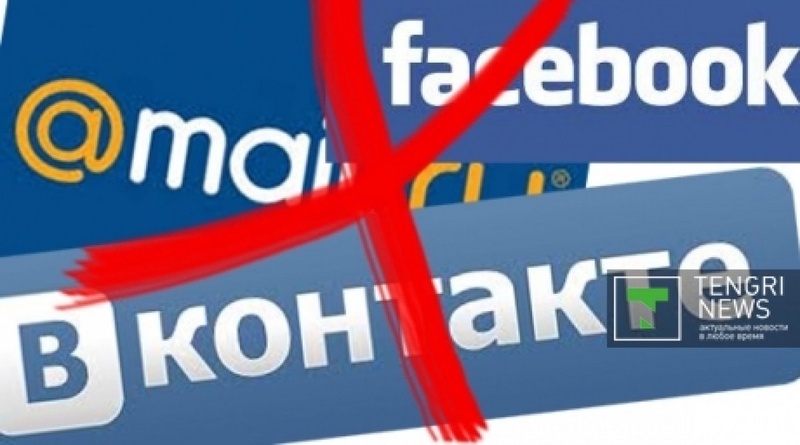 New amendments into the Law “On Communications” will allow Kazakhstan authorities to block access to networks, including the Internet, and turn off communications equipment without even needing to obtain a court ruling, Tengrinews reports.

The existing law will be supplemented by Article 41-1 on "Procedure for suspension of networks and/or means of communication" that is worded as follows:

In cases when networks and/or means of communication are used for criminal purposes to harm the interests of an individual, society or the state, or to disseminate information violating the Election Law of Kazakhstan or containing calls to extremist or terrorist activities, riots, or participation in mass (public) activities carried out in violation of the established order, the Prosecutor General or Deputy Prosecutor General shall instruct the authorized body to temporary suspend operation of the network and/or means of communication, or suspend provision of communication services, block access to the Internet websites and/or their content.

According to the new regulation, the authorized body within hours after receiving the instruction shall order the communications service provider or the state technical service to take the required measures. They, in turn, will have to comply with the order in no more than three hours by temporarily suspending operations of the designated websites and/or communication services.

In the other words, the provision allows the Prosecutor's Office of Kazakhstan to block access to the Internet and cellular phone connection in the country in a matter of hours and without obtaining a warrant from the court.

The amendment to the Law "On Communications" will be introduced with adoption of the Law "On amendments and additions to several legislative acts of Kazakhstan regulating activities of internal affairs bodies” that has already been passed by both chambers of the Parliament.

An Almaty lawyer Jokhar Utebekov explained the blocking procedure: "The Prosecutor General or his deputies file a request to block networks or communication equipment, communication services or Internet access to the Kazakhstan Agency for Communications and Information. Within one hour this agency forwards the demand to the communication services providers and its own subordinate State Technical Service, a state-run agency. The latter are obliged to block the specified resources within 3 hours.”

Utebekov explained that before the new amendments were adopted, Kazakhstan state authorities needed to get a warrant to do the blocking. "This expands the scope of websites and facilities that can be affected. The ban can now cover WhatsApp, Twitter, VKontakte, M-Agent, Skype, and other social networking, messenger website and online media websites," Utebekov said.

In fact, the entire access to the Internet and all the communication means can be blocked, and even cellphones can be cut off by the Prosecutors, he continued.

The grounds for blocking expended as well. Promotion of extremism, terrorism and other criminal activities via social networks and other mass communication channels, were fleshed out by calls for unauthorized rallies that are now also considered a valid basis for blocking, Utebekov said, adding that this provision was not part of the initial wording of the amendments proposed by the Government, but was drafted and added into the legislation later by Kazakhstani senators.

In its memorandum the Senate explained the reasons for the adoption of the law by saying that "there is an acute problem of dissemination of false information causing substantial harm to the society." On April 2, the lower chamber, the Majilis, agreed to the amendments proposed by the Senate.

The new article may be looked upon as a response to the text messaging about alleged bankruptcy of several Kazakhstan banks that occurred earlier this year. In February, after the 20% devaluation of the national currency, the Tenge, citizens began receiving WhatsApp messages informing them that three major banks were on the verge of bankruptcy and would soon go under. "If you have savings in these banks, you should urgently withdraw them," the text messages said. The banks experienced millions of dollars of losses and approached the law enforcement authorities with the problem, but it turned out that Kazakhstan lacked the legislation to stop the spreading of the false rumors or to punish those spreading them.

To address this shortage Kazakhstan has also supplemented its new Criminal Code with an article that makes spreading of false rumors punishable with up to 12 years in prison and gives up to 10 years for separatist calls, including those made using the Internet.

The amendments that allow blocking communications, including the Internet access, without warrant have already been passed by both chambers of the Kazakhstan Parliament and sent to the President for signing. So unless President Nazarbayev vetoes the law, its coming into effect is a matter of days.