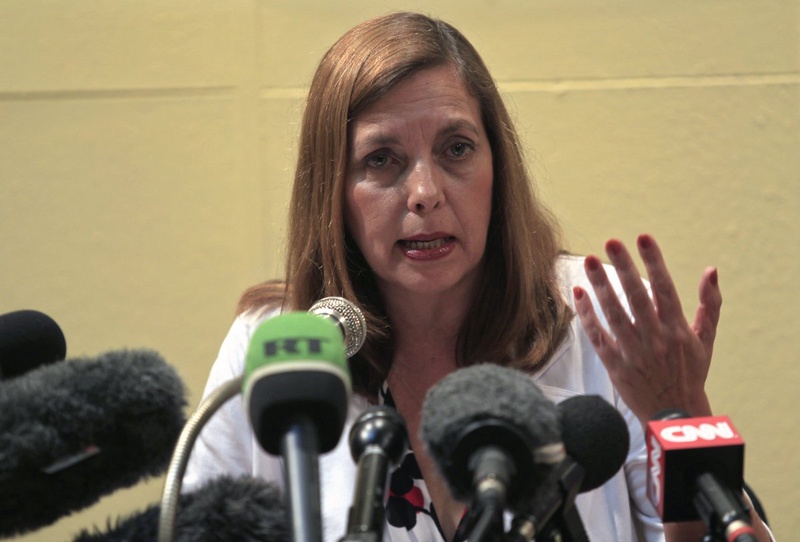 Josefina Vidal, Cuba's director of U.S. Affairs at the Ministry of Foreign Affairs. ©REUTERS
A senior Cuban official lashed out at President Barack Obama on Friday for linking improved human rights in the country to better diplomatic ties, and suggesting the communist island had outdated policies, AFP reports. Josefina Vidal, who heads the North American affairs office at the Cuban foreign ministry, said Obama was poorly advised if he believed that no change had come to Cuba in recent years. "It is regrettable that President Obama continues to be poorly advised and misinformed about the Cuban reality and the feeling of the people themselves, who want to normalize ties," Vidal said in a statement. And in a reference to reforms launched under President Raul Castro, Vidal said "Cuba is a country that is moving ahead." In an interview he gave to the US-based Spanish-language network Telemundo on Wednesday, Obama stressed that while Washington was open to better relations with Havana after an economic embargo that has lasted half a century, "it's gotta be a two-way street." He pointed to the political prisoners who continue to fill Cuban prisons, as well as infringements on the "basic freedoms" of the press and assembly. The former Cold War foes, have lacked full diplomatic relations since 1961. Cuba has been under a US trade embargo since 1962. In Cuba, the only one-party communist regime in the Americas, it is illegal to speak out against the government, news outlets are controlled by the state and access to the Internet is tightly controlled. "It's time to join the 21st century," Obama said. "It's one thing to have cars from the 1950s. It's another thing when your whole political ideology... is 50 years or 60 years old and it's been proven not to work." Vidal retorted: "The only thing that has not changed in 50 years is the policy of the United States." In a bid to revive the island's economy, Castro has undertaken a series of cautious reforms since taking over from his ailing brother Fidel in 2006, including legalizing the private real estate market and allowing more private businesses. Cuba has also allowed citizens to travel abroad for the first time without a reviled and costly exit visa. While US-Cuban ties slightly improved since Obama took office in 2009, they are currently frozen over the fate of American Alan Gross, a US State Department contractor arrested and sentenced to 15 years in prison in Cuba for crimes against the state. Cuba has made clear that it is ready to negotiate Gross's release in exchange for granting freedom to five captured Cuban spies held in the United States. Washington has rejected the proposal.