Production of Toyota Fortuner kicks off in Kostanay 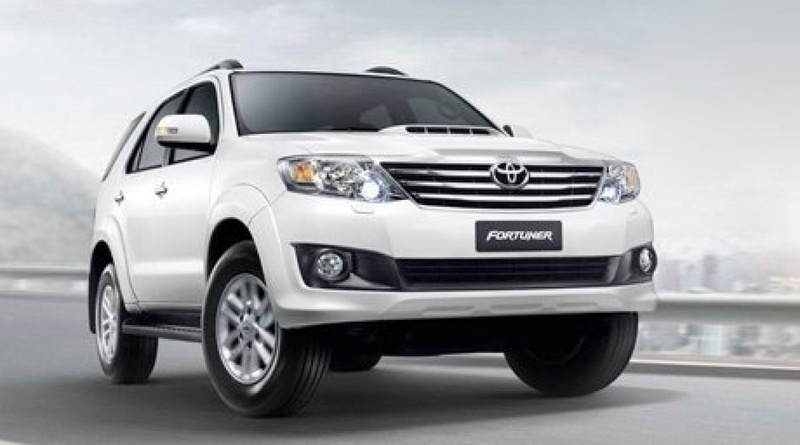 Production of Toyota Fortuner offroaders has been kick-started in Kostanay, in northern Kazakhstan, Tengrinews reports.

The first Toyota Fortuner assembled in Kostanay was presented last week when during the 27th plenary meeting of the Foreign Investors Council Nursultan Nazarbayev and President of Toyota Motor Corporation Takeshi Uchiyamada kick-started the Toyota Fortuner production line in Kostanay via a teleconference from Borovoe resort area.

"I am confident that the cars produced by this factory will win not only the Kazakhstani market but also the market of the Eurasian Economic Union and our other neighboring countries. I believe our cooperation will be long and productive,” the President said after the launch, Zakon.kz reports.

Albert Rau also spoke about the prospects of exporting the cars assembled in Kazakhstan. Kazakhstan's own market is rather limited - the country has a population of 17 million people. But the Customs Union and the Eurasian Economic Union expands Kazakhstan's car market 11-fold, providing access to the large markets of neighboring Russia and Belarus.

Toyota will use CKD (Complete Knock-Down) method to manufacture its Fortuners in Kazakhstan. A CKD vehicle means a vehicle is assembled locally using all the major parts, components, and technology imported from the country of its origin. CKD is a sound alternative to just importing cars for Kazakhstan. This method includes welding and painting of bodies and requires a full-scale production line to be set up. This helps the country’s economy and create jobs. The production involves around 5,00 people, with half of them being local employees. After the production reaches its design capacity the region's budget is expected to get up to 3.17 million in taxes from the project.

"The production line installed at Saryarka AvtoProm plant includes advanced robotized equipment. Implementation of the Toyota project became possible thanks to participation of Baiterek holding (Kazakh government's arm dealing with funding of industrialization projects). It enabled us to lease the high-tech equipment used to produce the cars. Whereas the funding to purchase the parts and components has been provided via a credit line by the Development Bank of Kazakhstan," Saryarka AvtoProm Director Syrym Semeibayev said at the ceremony.

The Development Bank of Kazakhstan will provide additional funding in the amount of $58.4 million for the project based on the agreement the bank signed with SaryarkaAvtoProm during the Foreign Investors Council session.

Toyota Fortuner produced in Kazakhstan will be adapted to the local climate and conditions.

Toyota Fortuner will cost $39,000 - 44,500 in Kazakhstan depending on the configuration. The target market for the car in Kazakhstan are 35-55-year-old men with average incomes, who have a family and children - 70 percent - and corporate clients - 30 percent.

The Memorandum of Understanding to set up the production was signed by the Kazakhstan Government and Toyota Motors Corporation back in February 2013.