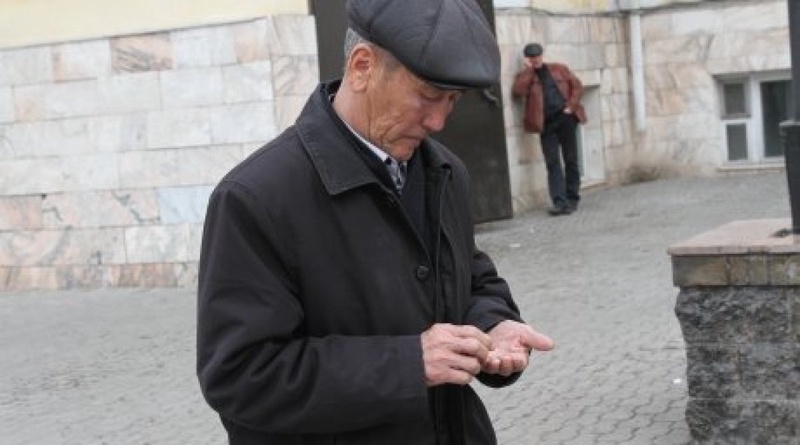 Photo © Marat Abilov
Deputy Chairman of Kazakhstan's Single Pension Fund Ruslan Yerdenayev has assured the population that there pension savings are safe in spite of the recent 20% devaluation of the tenge, Tengrinews reports. Kazakhstan announced creation of the Single Pension Fund managed by the National Bank in July, 2013. The initiative caused much controversy among the general public, but still remained in place. Its essence is to axe all the private pension funds in Kazakhstan and create one singe fund instead. So now the country is in the process of transferring the pension saving from private funds to the Single Fund. Yerdenayev addressed the concerns of the population over the safety of their pension savings during the extended meeting of the Ministry of Labour and Social Security late last week. “I would like to reassure you that the GNPF is taking all the necessary measures to ensure safety and full transfer the pension savings. Our fund has used all the resources and taken all measures to meet the deadline (of the transfer),” Yerdenayev said. As of today, current accounts and pension assets of 6 pension funds have been adjoined to the GNPF. The Respublika Pension Fund, Otan, Kapital, Atameken, Astana and NeftenGaz-dem have already joined the GNPF. “Now we are transferring the pension assets of Grantum Pension Fund. There are two more major pension funds left: Ular Umit and Halyk Bank Pension Fund. At the same time, we are working on gathering all the archived information from the pension funds, ” the Deputy Chairman said. Yerdenayev added that as of February 1 the Single Pension Fund already holds 46.5% of all the pension assets, which amounts to $9.2 billion. There are 4.5 million individual pension accounts in the fund now. All the individual pension accounts and pension assets are supposed to be transferred to the Single Pension Fund that will be managed by the National Bank of Kazakhstan by April 1, 2014. The deadline was initially set to July 1, 2013, but the Single Pension Fund has failed to meet it. By Altynai Zhumzhumina