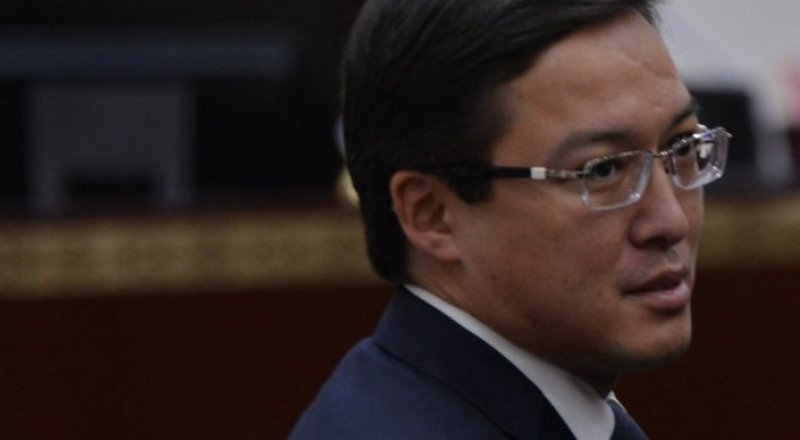 The resignation of Kairat Kelimbetov from the post of the National Bank governor and a prompt appointment of Daniyar Akishev have raised conflicting feelings both in media and among general public. Commentators agree that the newly appointed Governor is faced with a challenging duty of returning the trust of Kazakhstanis in the tenge, the national currency of Kazakhstan.

Political Scientist Dosym Satpayev compared the post of the Governor of the National Bank of Kazakhstan with a "minefield" that could blow up any time. Satpayev added that the Government and the National Bank adhered to the strategy of acting post-factum, under the influence of external factors.

President Nursultan Nazarbayev said that public trust in the main financial institution of Kazakhstan and the national currency had significantly decreased. "I think that among other things resignation of Kairat Kelimbetov was connected with this fact as well. Also, decisions made (by the Governor) were not timely and not always relevant. Certainly, we need to consider that during Kelimbetov's work as a Governor of the National Bank the number of friends decreased, while the number of adversaries increased. In the past few month, the relations between the National Bank and the country's major banks have gone sour. It is not a secret that interests of our political elite are behind the Kazakhstani banks. By confronting these banks, Kelimbetov basically confronted the political elite of the country. This could not have passed unnoticed for him," Satpayev said.

Satpayev added that there could have been any other financier on Kelimbetov's place. "The National Bank and the government are not the key players in our economy. They often are affected by external factors such as dropping oil prices and deteriorating economic situation in Russia and China, our major trade partners. This means that the Governor of the National Bank will anyway have to play the role of a kamikaze in this dreary crisis. And it is not an envious position," the Kazakh political scientist said.

On November 2, Kairat Kelimbetov officially resigned from his post of the National Bank Governor after serving as the Governor since October 10, 2013. The same morning, the Kazakh Senate approved the candidacy of Daniyar Akishev proposed by President Nursultan Nazarbayev for the post of the Governor. Akishev, a graduate of the State Academy of Management has worked as the leading economist at the Central Asian Stock Exchange. He also held posts at the Department of Research and Statistics at the National Bank quickly rising to the post of the Head of that Department. From 2007 to 2014, Akishev worked as the Deputy Governor of the National Bank. After that he was transferred to the Presidential Administration to manage the Social and Economic Monitoring Department. Since August till his appointment as the Governor, Akishev performed duties of President's Aid.

According to Satpayev, the newly appointed Governor used to work with Grigoriy Marchenko, a well-respected former Governor of the National Bank of Kazakhstan. "He is a good professional, but is not a strategic player like Grigoriy  Marchenko, who fiercely stood his ground for the interests of the National Bank and defending his personal work principles. Daniyar Akishev certainly has less lobbying power. That is why there is a risk that with his appointment, certain political powers will try taking him under control," Satpayev said.

Economist  Olzhas Khudaibergenov reminded that Akishev previously spoke in favor of a rapid devaluation of the tenge. "Now he has come to the National Bank. It is unclear if he will continue holding to his previous views. In the government, one's point of view is usually defined by one's work place. He will hold all the responsibility for the weakening of tenge if he continues to support the weakening and will have to deal with the problems in the financial sector. He will vividly see that further devaluation and especially continuous devaluation does not bring anything good," Khudaibergenov said.

Khudaibergenov in a way shares the opinion of Satpayev, as he noted that Governors of the National Bank have never served a full term of six years. "As far as I can recall no Governor have served a full 6 year-term. Usually it was a year, two, three or so. Marchenko served  the longest - 4 years. The general public will probably take Kelimbetov's resignation positively, because he is associated with the weakening of the tenge. Although, in fact, he was very much against it. But probably, due to the fact the there has been a conflicting relations between Kelimbetov and representatives of other financial institutions his resignation was needed. I think he was not against it himself," the economist said.

Commentator Azamat Zholdasbekov has a more optimistic view of the newly appointed Governor. Akishev, according to Zholdasbekov has a long organic experience at the National Bank and Akorda, the presidential office. "Akishev's age is not alarming. He is not that young considering the age of his predecessors who took the post at the National Bank. I want to emphasize that Daniyar Akishev along with Bakhyt Sultanov are prime examples, and very much needed examples, of the younger generation demonstrating how much can be gained from working in one organization - he advanced all the way from a university graduate to the top management. As far as I know, these two men are outstanding career examples in Kazakhstan's government," Zholdasbekov said.

Zholdasbekov added that returning the trust of the population in the tenge would a major challenge. "Among major problems to be solved there are recovery of lending and investment activities along with issuing activity at the stock market. In addition, he will have to deal with top managers of pension funds at the United National Pension Fund, with the situation at the National Fund and develop priorities of the monetary politics," Zholdasbekov concluded.

At this point speculations and analysis are the only things left for commentators and general public. And it is time that will show the direction the National Bank of Kazakhstan and the Kazakh tenge will follow.