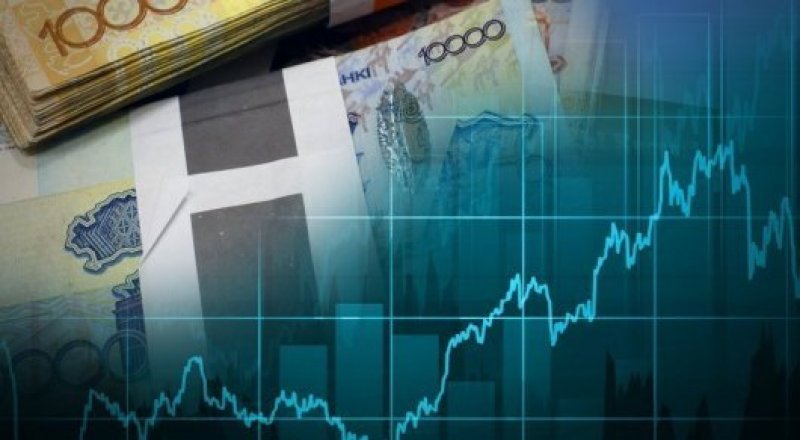 In his interview Kazakh National Bank Governor Daniyar Akishev gave KTK TV channel an insight into the mechanisms behind depreciation of the tenge and central bank’s role in shaping the forex market of Kazakhstan.

He went back to explain why Kazakhstan had to float its currency after keeping it pegged to a narrow band for so many years.

“Kazakhstan’s population and companies were buying up foreign currency. The process started back in 2014 and continued throughout 2015 until the August move. The National Bank had to spend its reserves selling foreign currency at the forex market. In the meantime, prices of our exports – oil and metals – were very low, and the market lacked balance. The National Bank was virtually the only market player selling forex at the market, and since our gold and forex reserves were limited it could not continue this way forever, so the National Bank decided to shift to free floating tenge exchange rate in August 2015,” the central bank governor explained.

The way the tenge behaved after it was released into free float was to a great extent determined by the factors influencing Kazakhstan from the outside. Kazakhstan is greatly dependent on raw materials for its budget revenues. Oil and metals are responsible for a major part of its economy and bring 80% of its currency revenues. Knowing the consequences of the ‘Dutch disease’ Kazakh government has repeatedly taken steps to diversify the country’s economy away from oil, gas and metals, to create high tech industries, establish processing and make the country more self-sufficient.

Another factor influencing Kazakhstan heavily was the performance of the neighbors and trade partners that Kazakhstan was closely linked with. Russia and China were both devaluing their currencies, but to a different extent.

“Oil prices were back in their downwards trend, Russian ruble was being devaluated, whereas Russia is our main trade partner, we depend on it especially for import, we are in the same trade union with Russia and we have to react to its monetary policy,” Akishev said.

“The external situation was indeed very bad, and under the circumstances devaluation was more favorable (than strengthening of the national currency), first of all for the budget and for the exporters who were the main sources of budget revenues through taxes, and secondly it was needed to prop up the competitiveness of domestic producers to make sure that our goods were not overly expensive and that the balance with Russia was maintained.”

“Exchange rate reflects the balance of all income and outgoing currency flows. In 2015 the inbound flows shrunk sharply, since prices of our exports went down. Oil prices dropped three-fold greatly reducing our currency earnings, where as our imports – this we buy from abroad – remained the same. In the other words, we are used to spending big time, but we can no longer make enough money. All this is excreting pressure on the tenge exchange rate,” Daniyar Akishev explained.

According to the governor of Kazakhstan’s National Bank, the tenge had already reached equilibrium rate at one point - in November, and the bank even used the time from November 5 to 30 to buy back some forex and refill its reserves. “We bought 940 million dollars, and this was serving not to weaken the tenge, but to strengthen it,” he said. But then oil prices reached their new low in the beginning of December and the tenge exchange rate reacted by plunging to 350 tenge per 1 dollar.  “With oil prices losing 18% in December (from 44 dollars to 37 dollars per barrel) and overcoming the psychological threshold of 40 dollars per barrel, the market started searching for a new equilibrium,” he said.

However Governor Akishev maintained that oil was not the only source of currency earnings for Kazakhstan, because it “constitutes only 60 percent of export. Ferrous and non-ferrous metals constitute another 20 percent, and the remaining 20 belong to other sectors of the economy”. With this in mind he asserted that were was no direct correlation “between oil prices and daily fluctuations of the tenge exchange rate”.

“Oil is an important factor that has to be taken into account, but I think that Kazakhstan has accumulated substantial reserves to counter it. Assets of the National Fund and gold and forex reverses of the National Bank taken together make 90 to 100 billion dollars. This is half of our GDP, a large amount. In Russia, for example, the reserves are equal to around 30 percent of the GDP. So we have a very good margin of safety,” he said. For a reference, Kazakhstan’s GDP made 231.9 billion USD and Russia’s GDP made 14,611.70 USD in 2013 according to the World Bank.

“It is not critical for us whether oil costs 36 or 37 dollars per barrel, or even if it is down to 35 dollars per barrel. But of course if oil prices go below 30 dollars per barrel it would be a shock for the entire global economy, and the balance of demand and supply at the currency market would start shifting to adjust to the new environment,” the Kazakh central bank governor concluded.