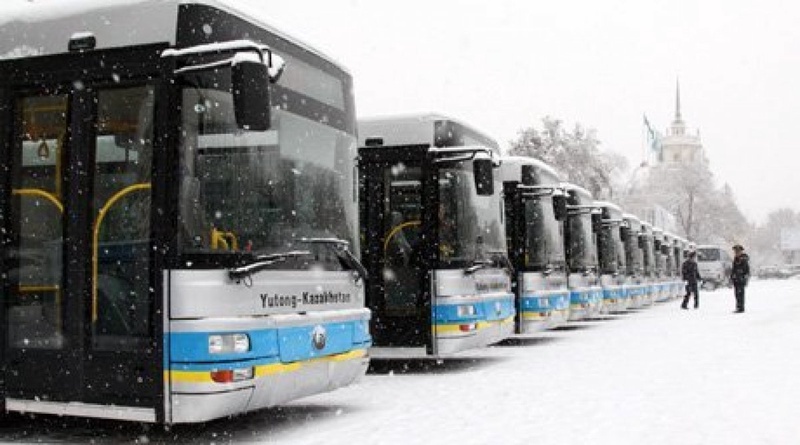 New Almaty buses. Photo by Yaroslav Radlovskiy©
Almaty administration and the EBRD (European Bank for Reconstruction and Development) have signed a loan agreement worth $39.3 million for procurement of 200 new buses running on gas, Tengrinews.kz reports citing the administration’s press-service. The loan was provided to the southern city of Kazakhstan for 10 years. The agreement was signed during a meeting of Almaty Akim (Mayor) Akhmetzhan Yessimov with a EBRD delegation led by EBRD Managing Director for Infrastructure Thomas Maier. According to Yessimov, modernization of the city's bus fleet is one of the priority projects for Almaty that will have a positive effect on its ecology and improve the quality of public transport services. “Our first experience of joint work when we procured the first 200 buses for the municipal fleet has produced a positive effect and generated good feedback from the residents. Today we are signing an agreement to purchase another 200 new buses. Besides, we have decided to procure 200 more buses and 200 taxis at the expense of the local budget, to create a competitive environment and increase the quality of services rendered to our residents,” the Akim stressed. The parties also discussed further development of the projects of construction of a light-rail line, intellectual transport system and energy-saving street lighting. They also discussed construction of a joint site for processing and storage of domestic wastes. In October 2010 EBRD loaned $35.2 million to AlmatyElectroTrans for modernization of the bus fleet. The money was spent on procurement of 200 new ecology-friendly buses working on compressed natural gas (CNG).