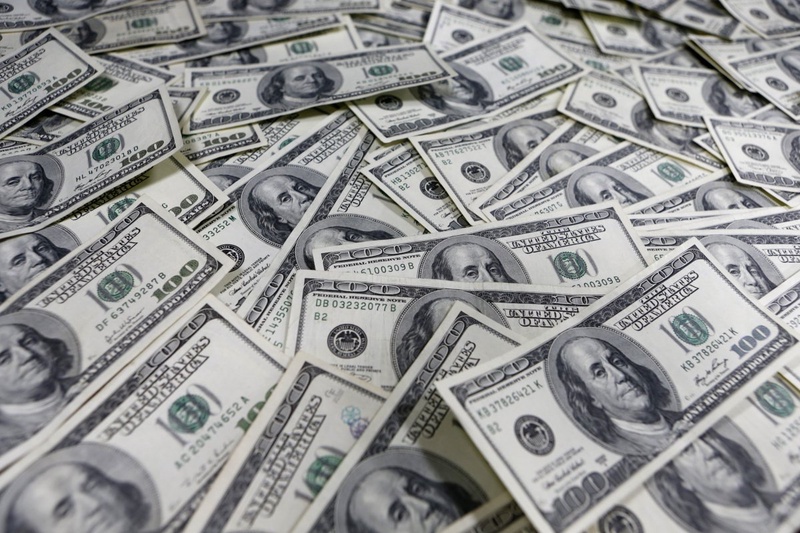 ©REUTERS
An $85 billion dollar austerity time bomb was to detonate against the US economy Friday, as President Barack Obama blamed a Republican refusal to compromise for a failure to avert "dumb" spending cuts, AFP reports. The slashing reductions in domestic and defense spending, brought on by deep ideological differences between Obama and top Republicans, threaten to further slow tepid economic growth and could cost hundreds of thousands of jobs. Obama blamed the impasse on Republicans, who had refused to close tax loopholes used by the rich and corporations to add to more targeted spending cuts, in what he calls a "balanced" approach to deficit reduction. "I am not a dictator. I'm the president," Obama said, warning he could not force his Republican foes to "do the right thing", or make the Secret Service barricade Republicans leaders in a room until a deal is done. "These cuts will hurt our economy, will cost us jobs and to set it right both sides need to be able to compromise," Obama said, before decrying the budget trimming as "dumb" and "unnecessary." Mixing the imagery of science fiction movies Star Wars and Star Trek, Obama also bemoaned his inability to perform a "Jedi mind-meld" to get Republicans to change their minds. Obama was bound by law to initiate the automatic, indiscriminate cuts, which could wound the already fragile economy, cost a million jobs and harm military readiness, by 11.59 pm. The hit to military and domestic spending, known as the sequester, was never supposed to happen, but was rather a device seen as so punishing that rival lawmakers would be forced to find a better compromise to cut the deficit. Both sides agree that the sequester is a blunt instrument to cut spending, as it does not distinguish between essential and wasteful programs -- in what Obama has branded a "meat-cleaver" approach. The president appeared irritated but combative as he spoke to reporters after a deadline day meeting with his chief foes, House Speaker John Boehner and Senate Republican minority leader Mitch McConnell and allies, Democratic Senate leader Harry Reid and House Democrat Nancy Pelosi in the Oval Office. Boehner emerged from the talks to signal to reporters that Republicans would not budge on Obama's key demand for a deal which would raise tax revenues. "Let's make it clear that the president got his tax hikes on January 1. This discussion about revenue in my view is over," Boehner said. "It is about taking on the spending problem in Washington." Even Obama's defeated election foe Mitt Romney got in on the action, slamming the president in a rare interview. "What we've seen is the president out campaigning to the American people, doing rallies around the country, flying around the country, and berating Republicans. And blaming and pointing," Romney said in comments to be aired on Fox News Sunday. "That causes the Republicans to retrench and then put up a wall and fight back." The stalemate which settled in Friday is likely to be prolonged, as the president's tactics are based on a strategy of pinning blame on Republicans for the pain of the sequester, which may take weeks to become evident. The next point of leverage is likely a bill to fund government operations, which Congress must pass by March 27, or see the government shut down. Both sides indicated on Friday that they would seek to avoid that scenario, meaning that the sequester cuts may remain in place -- unless a way can be found to make equal spending reductions that are less punitive. Republicans accuse Obama of inflating the impact of the sequester and of using scare tactics and believe he has painted himself into a political corner. Although the cuts trim significant amounts from domestic and defense spending, they do not touch entitlements -- social programs like Medicare health care for the elderly and pension schemes. Many budget experts believe that only cuts to those programs will be able to restore the prospect of long-term fiscal stability. Under the sequester, 800,000 civilian employees of the Defense Department will go on a mandatory furlough one day a week and the navy will trim voyages. The deployment of a second aircraft carrier to the Gulf has been canceled. Defense contractors may be forced to lay off workers and some federal preventative health programs could be hit. Cuts will also be made to special needs education and pre-school for less well-off children. National parks could close and wait times could hit four hours at airport customs posts