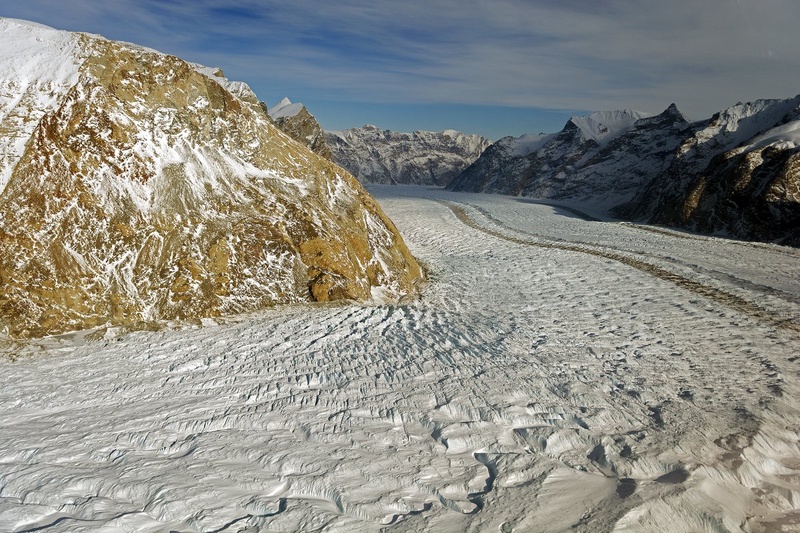 US geologists said Thursday they have uncovered a preglacial tundra landscape preserved for 2.7 million years far below the Greenland ice sheet, AFP reports.

Glaciers are known to scrape everything off any given plot of land -- vegetation, soil and even the top layer of bedrock -- so scientists expressed great surprise that they had found the landscape in pristine condition below two miles (three kilometers) of ice.

The finding provides strong evidence that the ice sheet has existed for much longer than previously known, and survived numerous global warming episodes, according to the lead researcher, University of Vermont geologist Paul Bierman.

Rather than scraping and sculpting the landscape, the ice sheet has been frozen to the ground, effectively creating "a refrigerator that's preserved this antique landscape," Bierman said.

The finding suggests that even during the warmest periods of the ice sheet's life, the center of Greenland was stable and did not fully melt, allowing the tundra landscape to be sealed without modification through millions of years of changing temperatures.

"Greenland really was green! However, it was millions of years ago," said Dylan Rood, a former Lawrence Livermore National Laboratory scientist.

"Greenland looked like the green Alaskan tundra, before it was covered by the second largest body of ice on Earth."

For the study published in the journal Science, experts tested 17 samples extracted from the ice sheet in 1993 from Summit, Greenland.

They then sampled a rare form of the element beryllium, the beryllium-10 isotope formed by cosmic rays.

The research, backed by National Science Foundation funding, found that the soil had been stable and exposed at the surface between 200,000 and a million years before the ice covered it.

The team of scientists also measured nitrogen and carbon that could have been left by plant material in the core sample, and found organic material that suggested that the preglacial landscape may have been a partially forested tundra.