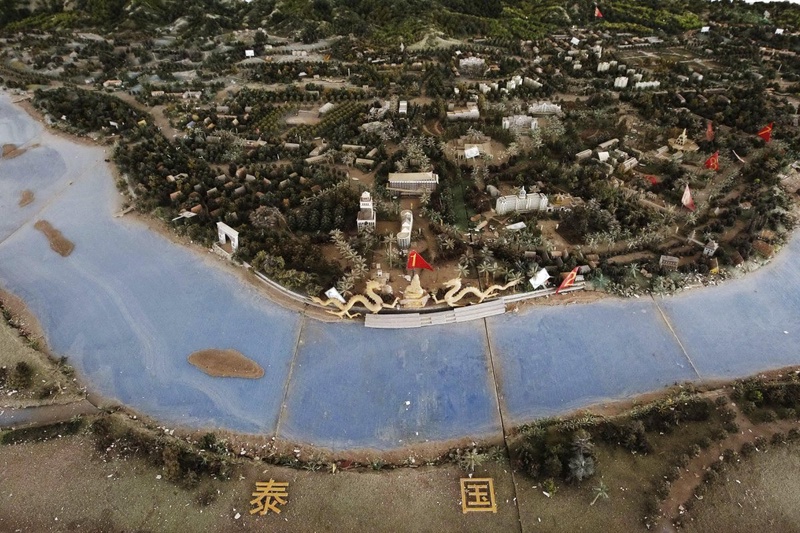 Mekong River. ©REUTERS
From a devilish-looking bat to a frog that sings like a bird, scientists have identified 126 new species in the Greater Mekong area, the WWF said Tuesday in a new report detailing discoveries in 2011, AFP reports. But from forest loss to the construction of major hydropower projects on the Mekong River, existing threats to the region's biodiversity mean many of the new species are already struggling to survive, the conservation group warned. "The good news is new discoveries. The bad news is that it is getting harder and harder in the world of conservation and environmental sustainability," Nick Cox, manager of WWF-Greater Mekong's Species Programme, told AFP. Some 126 species were newly recorded last year in the Greater Mekong region, which consists of Thailand, Cambodia, Myanmar, Vietnam, Laos and the southwestern Chinese province of Yunnan. Some, such as the Beelzebub tube-nosed bat discovered in Vietnam, depend on tropical forests for survival and so are especially vulnerable to deforestation. In just four decades, 30 percent of the Greater Mekong's forests have disappeared, the report says. Others, such as a short-tailed python species found in Myanmar are more at risk from illegal hunting for meat, skins, and the exotic pet trade, the report said. "Poaching for the illegal wildlife trade poses one of the greatest threats to the existence of many species across Southeast Asia," Cox said in a statement accompanying the report. The list, dominated by plants, included 21 reptiles and five amphibians, such as a frog that sings and another that has black and white eye patterns that look like yin and yang symbols. The WWF said that while the number of new species discovered was testament to the region's astounding biodiversity, there had been some "worrying developments" that posed a threat to their future. WWF singled out Laos' determination to construct the Xayaburi dam on the main stream of the Mekong River as a significant threat to the river's "extraordinary biodiversity" and the livelihoods of more than 60 million people. "The Mekong River supports levels of aquatic biodiversity second only to the Amazon River," according to Cox. "The Xayaburi dam would prove an impassable barrier for many fish species, signalling the demise for wildlife already known and as yet undiscovered," he added. The Mekong River supports around 850 fish species and the world's most intensive inland fishery, the report said. Last month, Laos said it had begun work on the controversial multi-billion dollar Xayaburi dam, defying objections from environmentalists in its bid to become a regional energy hub.