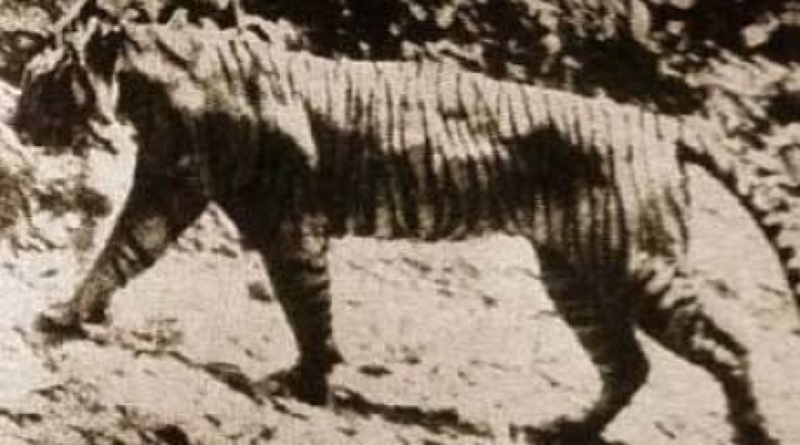 Turan tiger that inhabited the territory of Central Asia long ago. Photo courtesy of Wikipedia
The Ili River estuary and the Southern part of Balkhash lake were included into the Wetland of International Importance List, Tengrinews.kz reports, referring to the website of the Russian branch of WWF (World Wildlife Fund) . According to Olga Pereladova, head of WWF Central Asian Program this territory was chosen as a priority area for tiger restoration program in Kazakhstan. “It was an essential step to designate this area as an international wetland site. It will help attract international attention to these ecosystems and to prevent water inflow reduction that is expected to be caused by China's plans to develop an irrigation system in the Chinese part of the Ili River valley,” she said. The area of the new wetland site is 976.630 hectares and it is situated between Sary-Ishik-Otrau and Taukum deserts. It is a vast territory half of the size of Slovenia. The Ili River estuary is the biggest inland estuary of the Central Asia. It connects the river with Balkhash lake and is the home of rich desert flora (427 species) and fauna (345 species). It is also a habitat of endangered species. Among them are goitered gazelle, marbeled polecat (weasel bloodline), white-headed duck, red-breasted goose, and barbel sturgeon and dalmatian pelican. Government of Kazakhstan plans to considerably raise the protection status of the area by declaring it a national park. Earlier WWF Russia reported that restoration Turan tiger population in Kazakhstan could begin as early as in 2014-2015. It is planned to to bring Ussuri tigers to Southern Balkhash region to start the process.