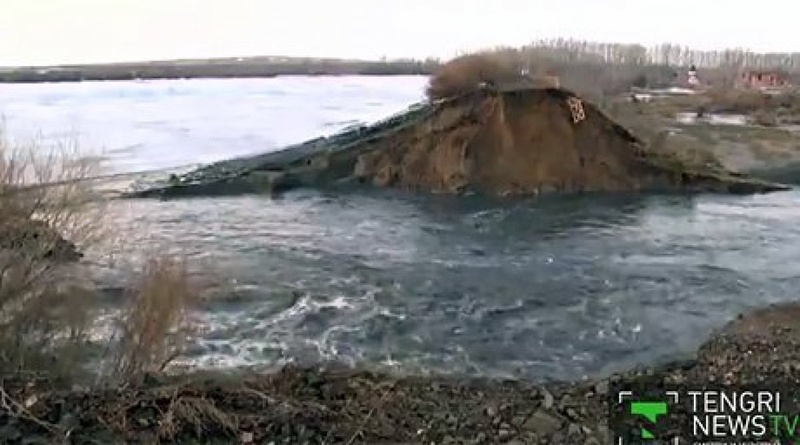 The Prosecutor of Karaganda Oblast initiated a criminal case against the owner and the tenant of Kokpekty dam and water reservoir after the dam collapsed and released a 1.8-meter-high wave onto a nearby village killing five people, Tengrinews reports citing Novyi Vestnik.

In addition, the officials of the Bukhara-Zhyrau Region are going to face charges as well, in particular, the employees of the  local administration (Akimat) and the Emergency Department who were responsible for monitoring of the condition of the dam and taking timely measures.

The criminal case was initiated under the Article 316 of the Criminal Code of the Republic of Kazakhstan - "Negligence”.

Currently, a specialized commission is investigating whether the water was truely properly sluiced through the dam in spring as the persons in charge of its maintainance are claiming.

Earlier, the company renting the Kokpekty water reservoir denied any involvement in the erosion of the dam. Accordgin to their lawyer, the company repeatedly reported to various authorities that the dam was no longer in working condition and posed a threat of flooding for the nearby village. “For several years Tabigat 21 (the tenant) has been maintaining a dam that they do not even own, sluicing the water and keeping the floodgates open in autumn and spring," Vadim Ruchy said.

The dam burst in Kokpekty village in Karaganda Oblast occurred on the night of March 31, 2014. As a result of the disaster five people were killed. Another six people were hospitalized with hypothermia. According to the updated information, 650 houses out of 810 in the village were damaged by the flood.