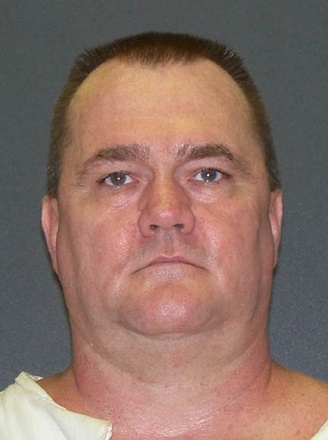 Cleve Foster. ©REUTRS
An American man convicted of killing a Sudanese immigrant was put to death by lethal injection Tuesday in Texas after the US Supreme Court rejected his fourth appeal for a stay of execution, AFP reports. Cleve Foster, a 48-year-old former Army recruiter, had spent eight years on death row as he repeatedly proclaimed his innocence in the 2002 death of Nyaner Mary Pal, 30, after a night of drinking and dancing with a friend and her at a bar in the city of Forth Worth, near Dallas. Foster was the 30th inmate executed this year in the United States and the ninth in Texas. The friend who was with Foster that night, co-defendant Sheldon Ward, had also been sentenced to death, but died in prison of cancer. Ward had stated repeatedly to the authorities he was the lone killer, according to the final appeal filed by Foster. The Texas Department of Criminal Justice said that in his final statement before being executed, Foster expressed love for God and his family, and said he shared the pain of Pal's family. "Momma you are my hero, I wish this world was just like you," Foster was quoted as saying. He added: "Warden, I am looking to leave this place on wings of a homesick angel. Ready to go home to meet my maker."