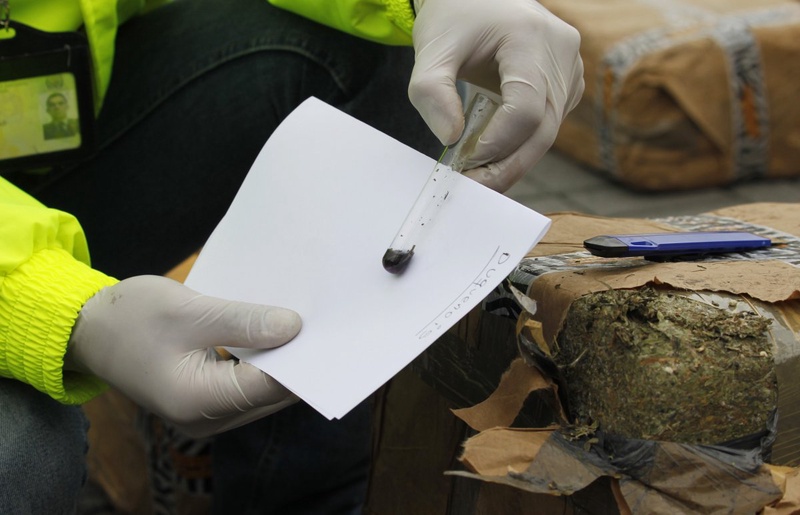 ©REUTERS
US President Barack Obama should address human rights violations related to Mexico's Washington-backed war on drugs when he visits the country this week, AFP reports citing Human Rights Watch. Obama is slated to meet Mexican President Enrique Pena Nieto, who took office in December and inherited a drug war that had killed some 70,000 people in six years under his predecessor Felipe Calderon. Pena Nieto has shown a willingness to modify Calderon's strategy of deploying 50,000 troops to crack down on powerful cartels, which are themselves engaged in vicious turf wars. In a letter to Obama, Human Rights Watch said the country's public security strategy pursued by Calderon during the so-called war on drugs failed to address the corruption of police forces and "virtually zero accountability" for those who commit crimes. It also alleged that Mexican security forces, in addition to carrying out "wide-ranging arbitrary arrests," also committed torture, noting that complaints to Mexico's National Human Rights Commission had totaled more than 6,500 during Calderon's reign. In the letter, Human Rights Watch accused the US administration of consistently offering "uncritical support for Calderon's policies," urging it to publicly back a new approach. "Unfortunately, while the Pena Nieto government has taken the first step of recognizing the crisis at hand and the need to change strategies, your administration has been noticeably silent," said the letter signed by Jose Miguel Vivanco, executive director of the group's Americas division. "This visit provides an ideal opportunity to break that silence by demonstrating the US government's concern for Mexico's human rights problems and its commitment to supporting a new approach." In Mexico Monday, Amnesty International and other organizations meanwhile delivered a petition with 20,000 signatures to the US embassy calling for stricter control of weapons entering the country along the common border with its neighbor to the north. Obama heads to Mexico and Costa Rica Thursday. He is due back in Washington at the weekend.