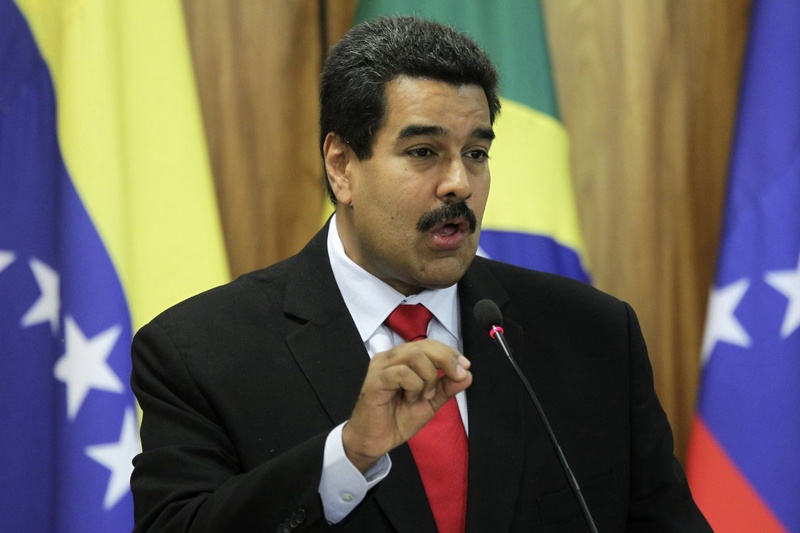 Venezuela's President Nicolas Maduro. ©REUTERS/Ueslei Marcelino
Venezuela's President Nicolas Maduro on Monday accused US-based news network CNN en Espanol of working to promote a coup d'etat as part of a wider media war against his socialist government, AFP reports. "CNN en Espanol is a network controlled by those seeking destabilization, which openly urges people to carry out a coup d'etat in Venezuela, and which is delivering a distorted version of our nation's political and social life," Maduro said in an address carried on national television. The Spanish-language US network is part of a wider campaign of "brutal psychological warfare" led by the "fascist right-wing" seeking his government's demise, Maduro said. "CNN en Espanol has become the spearhead for promoting intervention against our nation," Maduro warned, charging "it is broadcasting 24 hours a day not to tell what's going on in the world but rather to make Venezuela look bad." Maduro -- who won a disputed presidential poll held last month following the death of leader Hugo Chavez -- has been enraged by reports of splits within the ruling party leadership, maintaining that they are false. Last week he denounced a leaked audio recording that purports to show a power struggle among key followers of Chavez, who lost a long battle with cancer in March. In the recording, which has set off a sensation since it was made public by an opposition lawmaker, a well-known government newscaster is heard accusing National Assembly speaker Diosdado Cabello of conspiring against Maduro. The newscaster, Mario Silva, dismissed the recording as a montage pieced together from his television show. He later announced he was suspending the show indefinitely for undisclosed health reasons. The recording purports to capture a conversation between Silva and Aramis Palacios, a Cuban intelligence chief, that purportedly was held days after Venezuela's April 14 presidential election. Maduro was declared the winner by a narrow margin, but the results are being contested by opposition candidate Henrique Capriles, who says the election was stolen. Maduro was hand-picked by Chavez to succeed him, and Cabello has assumed the role of the loyal number two.