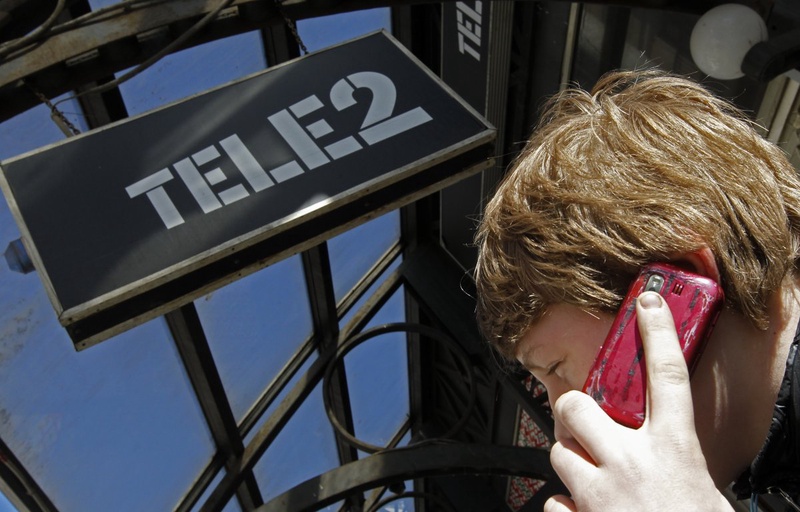 ©REUTERS/Alexander Demianchuk
Swedish telecoms operator Tele2 on Thursday announced it had agreed to sell its Russian subsidiary to Russian state bank VTB, AFP reports, but competitors said they could make a better offer. Tele2 said earlier it has agreed to sell Tele2 Russia, Russia's fourth mobile operator, to VTB in a cash transaction comprising $2.4 billion in equity value and $1.1 billion in net debt. It said the sale of Tele2 Russia is expected to close shortly but the Alfa group of Russian billionaire Mikhail Fridman immediately contested the terms. Alfa said that the price being paid by VTB did not correspond to the interests of minority shareholders and said it was ready to make an offer of $3.6-4.0 billion in cash. It said its offer had been rejected without reason by investment bank Morgan Stanley, which was charged with finding a buyer, and threatened to take the matter to court. Hours later, Russian telecoms operators MTS and Vimpelcom said they were ready to offer $4.0-4.25 billion for the company and expressed fury that they had not been invited to discussions over the acquisition. Tele2 boasts 23 million subscribers in Russia but is still number four operator behind MTS, Megafon and Vimpelcom. Analysts said that VTB was likely planning to purchase Tele2 Russia to sell the unit on to other parties, as it would make little sense for the bank to own a mobile operator. Renaissance Capital analyst Alexander Kazbegi said in a note to clients that one possibility was that VTB was buying Tele2 Russia on behalf of Russia's state fixed-line phone company Rostelekom. Rostelekom just appointed a new chief executive while billionaire tycoon Arkady Rotenberg, a judo partner of President Vladimir Putin, has taken a stake of over 10 percent in the state-owned firm. In a statement released by Tele2, VTB chief executive Andrei Kostin said that the deal agreed was a "good financial investment". "VTB plans to cooperate with financial and strategic partners in order to further develop its investment," he said.