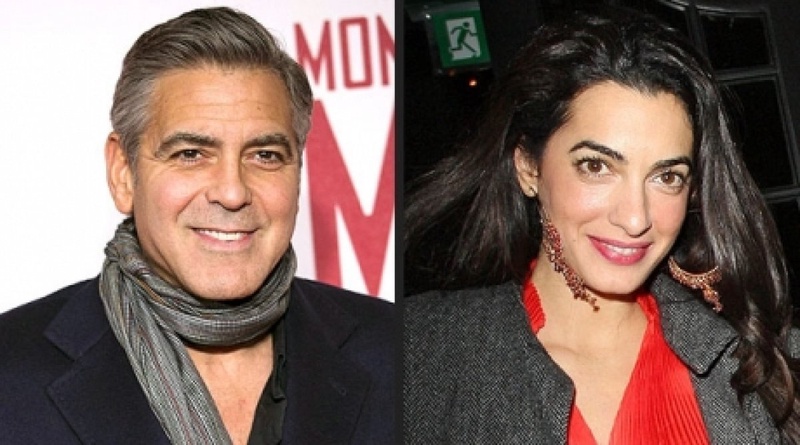 Oscar-winning heartthrob George Clooney, one of Hollywood's most coveted bachelors, has got engaged to his British lawyer girlfriend Amal Alamuddin, AFP reports according to People magazine.

"George and Amal are trying to keep things very low-key but they also aren't really trying to hide this, it doesn't seem," the celebrity publication reported, citing an unnamed source "with knowledge of the situation."

"I think it's like they want the people they love to know that this is real, that they plan on being together forever," the source said.

The engagement happened "not that long ago, I think," according to the source, which added that there don't appear to be any wedding plans yet.

A different source told the magazine that Clooney and Alamuddin were seen Thursday at a swank Los Angeles restaurant dining with supermodel Cindy Crawford and her husband, described as longtime Clooney friends. At that time Alamuddin was wearing a "huge ring," the witness told the magazine.

Clooney, 52, has had a string of younger model and actress girlfriends over the years but shown little interest in settling down.

Alamuddin, 36, is a British attorney specializing in international law and human rights. Clooney has long shown interest in human rights issues such as the humanitarian crisis in Darfur.

They came out as a couple in October in London, according to People, and since have been seen together in New York and on trips to places like Tanzania and the Seychelles Islands.