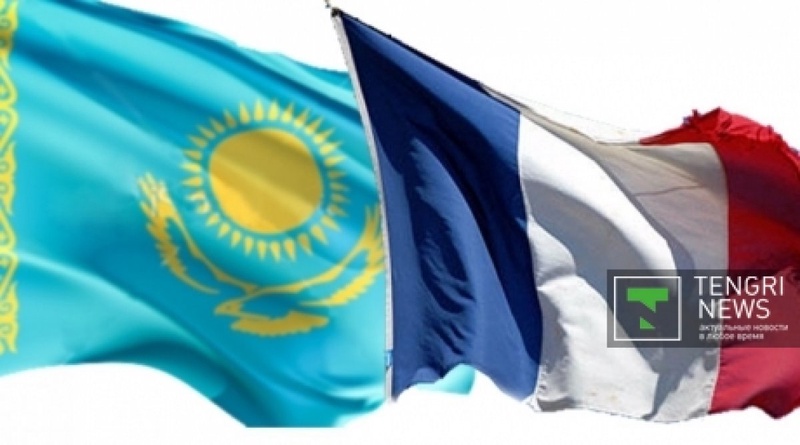 On June 10, 2014, the Minister of Foreign Affairs of Kazakhstan Yerlan Idrissov arrived in France on an official visit, during which he met with his French Foreign Affairs Minister Laurent Fabius, French President’s Advisor Jacques Audibert, and President of TotalUpstream Yves Louis Darricarrere, who co-chairs the Kazakh-French Business Council.

The Ministers dwelt on a wide range of bilateral and multilateral cooperation issues and exchanged views on current issues of the international agenda including rehabilitation of Afghanistan, the Iranian nuclear program and the situation in Ukraine.

The main theme of the talks during the meeting was the preparations for the planned visit of French President Francois Hollande in Kazakhstan in the end of this year at the invitation of President Nursultan Nazarbayev. The sides agreed that the visit would facilitate the achievement of new mutually beneficial agreements that would expand the fields of cooperation, especially in trade.

Trade cooperation is one of the main areas of the Kazakhstani-French strategic partnership. In this context, the sides highlighted the successful work of the Kazakh-French Intergovernmental Commission for Economic Cooperation and the Kazakh-French Business Council that made it possible to discuss and resolve many urgent economic issues.

"In 2013, France was the fifth among Kazakhstan’s main trade partners. The trade turnover exceeded $ 6 billion. In terms of direct investment into the economy of Kazakhstan, France is ranked fourth: over the years of cooperation, the investments exceeded $10 billion," Yerlan Idrissov said.

Yerlan Idrissov and Laurent Fabius also discussed the possibility of launching direct flights between Astana and Paris, which would significantly contribute to Kazakhstani-French cooperation, including the development of tourism, enhancing business contacts and investments attraction.

The Kazakhstani Foreign Minister also noted that Kazakhstan attached great importance to cooperation in education. "Our universities are successfully developing joint research projects and studies. We welcome establishment of a branch of the University of Sorbonne in Almaty, Kazakhstan and the opening of the French School, " he said.

The main theme of the talks in the field of multilateral cooperation was the signing of a new agreement between Kazakhstan and the European Union to expand partnership and cooperation. "The new agreement is an opportunity to consolidate the individual nature of our partnership, which should take into account the mutual interests of both countries equally," Yerlan Idrissov said. He expressed hope that the parties would be able finalize the text of the document during the next round of negotiations to be held in October 2014 in Brussels, Belgium.

The sides also broached on another important topic in the field of multilateral cooperation, which is mutual facilitation of visa procedures. "It is necessary to note the increasing number of trips that our citizens are making. Every year more than 100 thousand Kazakhstanis visit European countries. In this context, the existing visa regime between Kazakhstan and the EU no longer meets the realities and objectives of the development of the political and economic dialogue,” Kazakhstan’s Foreign Affairs Minister said, expressing hope for France’s support in this issue.

The Kazakh Minister emphasized the importance of France to Kazakhstan as a reliable partner in international organizations. "We are particularly grateful to France for its positive attitude towards our bid for non-permanent membership in the UN Security Council in 2017-2018," he said.

During his visit, on June 11, 2014, Kazakhstan's Foreign Minister attended  the 155th session of the General Assembly of the International Exhibitions Bureau (BIE) in Paris, France, where Kazakhstan's delegation received the EXPO flag, which means that EXPO-2017 in Astana is officially recognized.