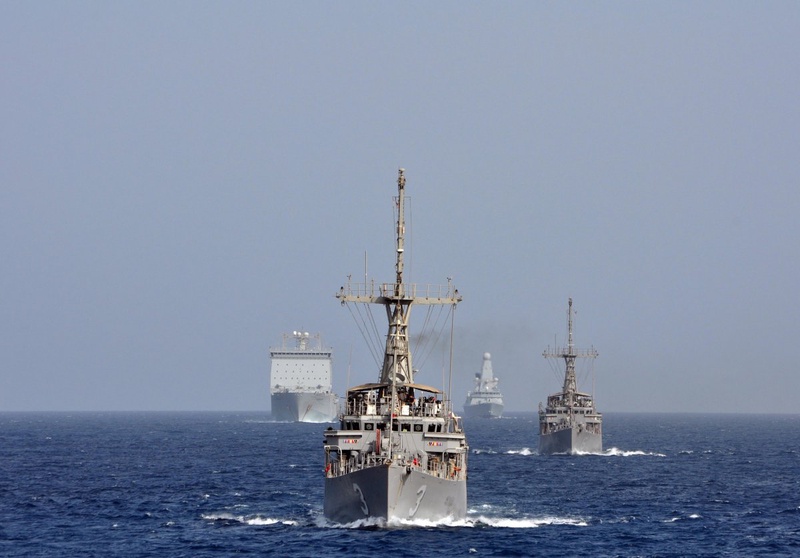 ©REUTERS
An intruder robbed an Australian navy vessel of a cache of weapons Friday after overpowering military personnel on guard, the defence department said, in a major security breach, AFP reports. The Australian Department of Defence said the infiltrator "overwhelmed a duty member onboard a patrol boat" which was moored at HMAS Coonawarra, a naval base in the northern city of Darwin. "The intruder overpowered the duty member, accessed the vessel's armoury and removed a number of weapons," it said in a statement, without specifying what arms were taken. "The person then departed the vessel with the weapons." The Australian Broadcasting Corporation reported that a crew member was tied up in the attack, which took place at the Larrakeyah Naval Base which is now in lock-down. "Police received a report just before 1:00 am that a Defence member had been assaulted and a cache of weapons had been stolen from a navy patrol boat moored at the base," Northern Territory police Commander Richard Bryson said. "Police have locked down the base with all vehicles exiting being searched," he added to the Northern Territory News. The incident is being investigated by Northern Territory police and Australian Federal Police in conjunction with Defence personnel. Tropical Darwin is a key defence hub for Australia, with rotating United States Marines based in a barracks outside the city since April this year as Washington looks to deepen its presence in Asia.