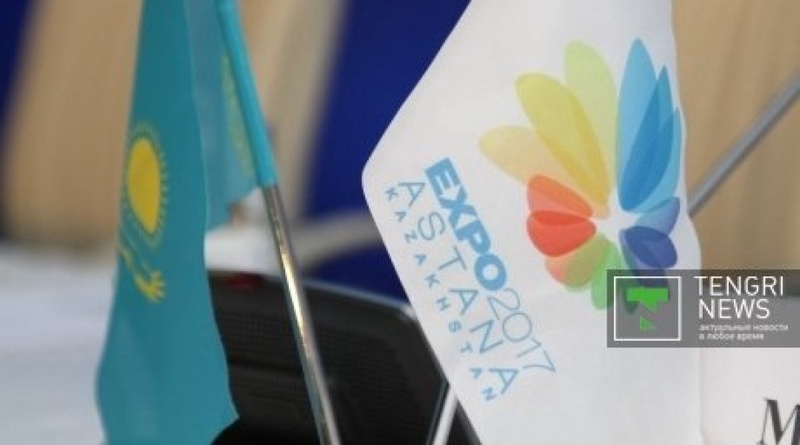 ©Marat Abilov
Experienced guest workers will be involved to construct EXPO-2017 facilities in Kazakhstan. The Kazakhstan Government is going to amend the Employment Law to bring in more foreign workers and experts that the regular yearly quota permits to participate in the organization and holding of the international exhibition EXPO-2017 in Astana, Tengrinews reports. Earlier Director of the New Technologies Department of Astana EXPO-2017 Azamat Bilyalov expressed concern that Kazakhstan may be unable to train enough professionals of different areas in time for the EXPO 2017 in Astana. According to Bilyalov, the remaining time before the EXPO 2017 may not be enough to arrange training of new experts and get them ready to man the facilities after the fair is over. "The fair will start on June 10, 2017. So we virtually have 4 years left. One year out of the remaining four will be used to design (the EXPO facilities), then they have to be build really fast and find people to man and maintain them. And we lack the people," Bilyalov said. Kazakhstan is using foreign workforce quotas and special permit procedure for employment of foreign workers to limit the inflow of foreigners into the oil-fueled economy and stimulate companies, especially foreign ones, to higher more locals. The legislation of Kazakhstan distinguishes Work Permits depending on the category of workers, establishing different conditions of validity and different quotas for blue collar and white collar professionals. "The Employment Law is getting a new provision regarding employment of people working for companies involved in organizing and holding of the international exhibition outside of the set foreign workforce quotas," Minister of Economy and Budget Planning Yerbolat Dosayev said at the presentation of the new draft law called to introduce amendments into the country's legislation in relation to the EXPO-2017 to be held in Astana in the Majilis (Lower Chamber of the Parliament). According to him, the amendment are going to simplify the procedures to bring in foreign experts with vast experience in designing and construction of global scale facilities with the use of advanced energy-saving technologies for the EXPO-2017. "The Law on Migration of the Population is going to get a provision enabling the government to introduce a special regime for entry and registration of certain categories of immigrants, arriving within the frames of the organization and holding of the specialized international exhibition," the minister said. The Minister offered to bring in more than 200 thousand contractors for the exhibition. "What concerns the number of people who will be involved as contractors, according to the preliminary estimates this will be over 200 thousand people before 2017. Once the feasibility study is ready, we will giver you the exact figure," he said. By Baubek Konyrov