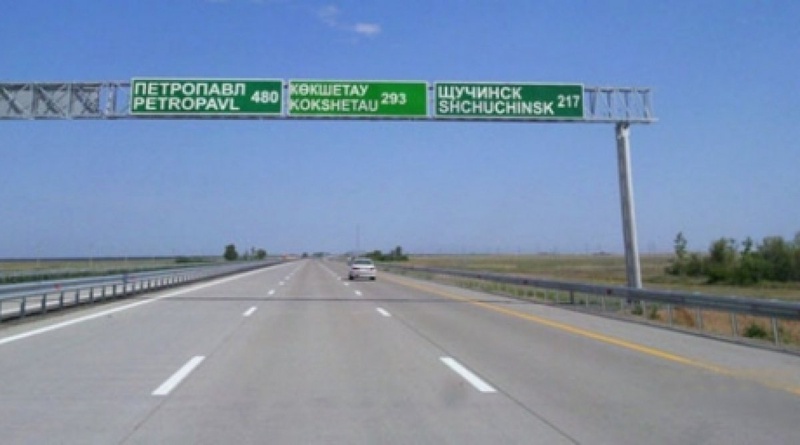 Section of Astana-Borovoye autobahn. Photo courtesy of pavlodarauto.kz
First Kazakhstan 6-lane autobahn Astana-Borovoye will become a toll road starting from May 1, 2013,
Continuation
1.
Astana-Borovoye autobahn generates $20 thousand a day
Channel 1 Eurasia reports citing Kazakhstan Minister of Transport and Communications Askar Zhumagaliyev. Before the reconstruction this road was non-officially called the "death road" because of a large number of car accidents and people killed in them. Currently the authorities are preparing to set up payment terminals. The toll has not been defined yet. Although 6 months ago the approximate cost per each kilometers of the road was estimated at 1 tenge ($0.007) for cars and 20 tenge ($0.13) for trucks. Zhumagaliyev promised to name the exact amount "after all approvals and adjustments". According to the Ministry, the autobahn will generate around $9.2 million per year. Everyone will have to pay the toll, even those who live along the road will have to pay half the cost. And these are the first fruits. "We will take similar decisions on other roads as well. The costs are currently being defined," Astana TV channel cited Askar Zhumagaliyev as saying.