Media speculations over language legislation are storm in a teacup: Culture Ministry09 августа 2011, 12:47 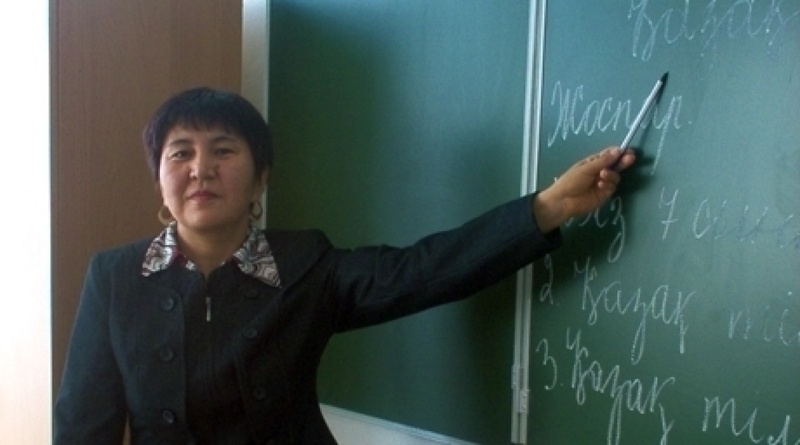 Kazakh language instructor. Photo courtesy of kazcenter.kz
Kazakhstan’s Culture Ministry labeled the Internet-based scandals over the allegedly drafted language legislation [made public on one of the most popular websites] as “a storm in a teacup”. Amendments [into the current language legislation] allegedly drafted by the country’s Culture Ministry were run on the zakon.kz website August 4. According to these amendments, any claims or complaints to the public bodies will be only filed in the Kazakh language, deemed the official language of Kazakhstan. Besides, the alleged plan is to fully shift the document turnover at all public bodies and private enterprises to the Kazakh language starting from 2013. All the legal entities will be obliged to have their official names in the Kazakh language, as well as all the visual information, including ads, price tags and others. The same amendments seek to oblige all public servants, policemen, the military, teachers, medical doctors, employees of state-run enterprises to master the Kazakh language to a certain extent set by the state. Besides, an amendment allegedly seeks to introduce a norm requiring even private companies to run obligatory language tests before signing work contracts with would-be employees. “I want to emphasize that these amendments are not final draft to be forwarded to the government for consideration. It is only a working document sent to all public bodies for coordination”, Ms. Zhanna Kurmangaliyeva, Executive Secretary of the Culture Ministry, told at a press conference August 9. “Jumping to conclusions, leaking such information into the public domain was premature… We will only see a final draft in September (…) Presenting these as an accomplished fact is irresponsible”, she said. According to Bnews.kz, the state language policy for 2011-2020 seeks to make sure 20% of the adult population of Kazakhstan speak the language by 2014, 80% by 2017, and 95% by 2020.