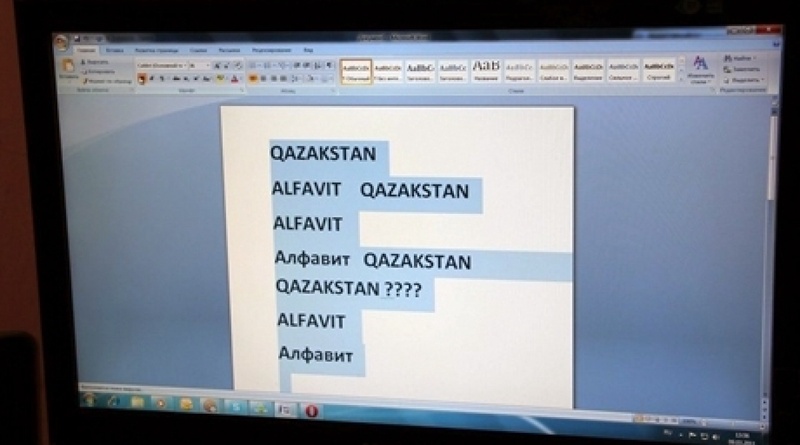 Photo courtesy of lada.kz
Shift from the Cyrillic alphabet currently in use to the Latin alphabet can only take place when the society is ready, Tengrinews.kz quoted Culture Ministry’s Executive Secretary Zhanna Kurmangaliyeva as saying. “A possible shift is being considered. Let us not speed up (…) The issue calls for public discussion. Readiness of the society [for the change] as a whole should be taken into account”, Ms. Kurmangaliyeva said. June 6 in the country’s Majilis (lower chamber) Culture Minister of Kazakhstan Mukhtar Kul-Mukhamed had spoken in favor of shifting to the Latin alphabet. The Minister stressed that the issue is about politics. He reminded that President Nazarbayev had repeatedly called to study pros and cons of using the Latin alphabet in Kazakhstan. The Minister himself supports the idea. According to him, the Kazakh alphabet consists of 41 letters, the Russian alphabet of 33 letters, whereas Latin alphabet only consists of 25-26 letters, which is more convenient. The Minister believes the Latin alphabet is - among other things - more user-friendly when it comes to mobile phones, tablets and PCs. “The issue is very serious. I am not the one to take the ultimate decision”, the Minister said at that time.