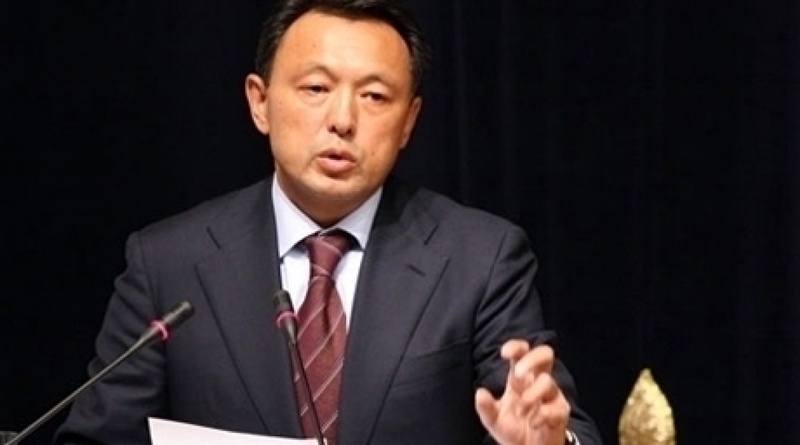 Oil and Gas Minister Mynbayev. vesti.kz stock photo
Kazakhstan was behind the schedule to overhaul its oil refineries. Timely expansion of the capacities could neutralize price fluctuations and fuel shortages in the domestic market, Minister of Oil and Gas Sauat Mynbayev stated when speaking at the VI KAZENERGY international forum in Astana October 4,
Continuation
1.
We have to protect local market from sharp fluctuations of prices: Kazakhstan Oil and Gas Minister
Novosti Kazakhstan reports. The Minister reminded that at the moment there are three oil refineries operating in Kazakhstan: in Atyrau, Shymkent and Pavlodar. According to him, “overhaul of the three refineries will enable to raise processing to 17.5 million tons, introducing deeper conversion to start producing petrol in line with Euro-5 emission standards”. “After 2019-2020 plans are there to construct another refinery”, Mynbayev said. Mid-July Tengrinews.kz reported, citing PM Karim Massimov, that a special survey had been made and it had shown that it was more feasible for Kazakhstan to upgrade three existing plants, rather than construct a new one. Construction of the fourth plant would cost the country $6 billion, while reconstruction of existing refineries will cost $2.5-3 billion. Massimov said that modernization of existing plants would finish not later than on January 1, 2015. It was reported earlier that since the start of the year petrol price had grown by 17.4%, with prices set by oil refineries growing by 23%. Retail prices for diesel fuel have grown by 20% since the start of the year. Besides, Tengrinews.kz reported that In January – July 2011 petrol production in Kazakhstan had dropped 16% as compared to the like period of 2010. According to the stats, production figure for the period made up 1.5 million tons, 15.9% down against the same period of 2010.