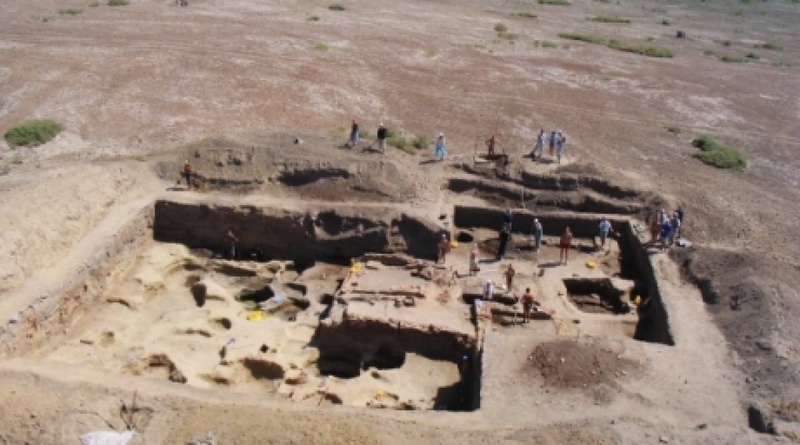 Archaeological site. ©RIA Novosti
Archaeologists found ruins of a tomb of a nobleman of the Golden Horde time in Pavlodar oblast, Interfax-Kazakhstan reports citing director of Scientific-Research Archaeological Center of Pavlodar State Pedagogical Institute Timur Smagulov. The ruins were discovered in Auliyekol 60 km from Ekibastuz. According to Smagulov, “the new discovery is one of the major architectural buildings of that time known to modern science in the steppe zone of Kazakhstan.” The scientist said that the representative of higher hierarchy of the Golden Horde time was buried in the discovered tomb. The tomb contains a skeleton of a man. Discovered fragments of the dome with ornaments made of blue glaze is a certification of the fact that there were professional architects, constructors and decoration experts in the area 500-600 years ago. “As per the initial information, the tomb was 20 meters high,” Smagulov said and added that there are “strange and interesting signs” in several decorative blocks. “It is possible that part of them are stamps of craftsmen or religious symbols. We still have to solve these secret signs and symbols. Perhaps, they are related to Islam spreading among nomads in XIV century,” the archaeologist added.