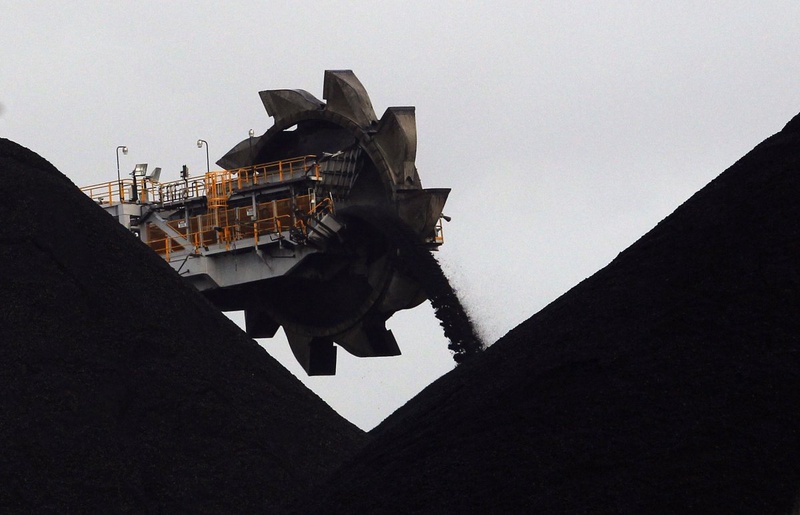 ©Reuters/Daniel Munoz
Waratah Coal on Saturday welcomed the Australian government's approval of its $6.4 billion (US$5.7 billion) Galilee coal project, as conservationists warned the decision threatened the environment, AFP reports. The proposed coal mine, rail and infrastructure development in Queensland received approval for its environmental impact statement on Friday. "The project has been approved subject to 49 strict conditions to avoid, mitigate and manage impacts to matters of national environmental significance, including water resources," the government said. Brisbane-based Waratah Coal, which is owned by one of Australia's richest men and new federal politician Clive Palmer, plans to build a thermal coal mine in the Galilee Basin coal region. The mine will be linked to a proposed coal terminal at Abbot Point by a new 453-kilometre (283-mile) railway line, and Waratah said the entire project would create thousands of jobs. "The reality is the project will create jobs to a total of about 6,000 jobs all up -- being the mine, the rail and the port," managing director Nui Harris told the Australian Broadcasting Corporation. But environmentalists have criticised the decision, which follows the green light for a major coal port expansion on the deep-water Abbot Point development in north Queensland last week which also drew criticism. The Australian Greens said the approval of the Palmer's coal mine in the Galilee Basin, announced along with the approval of the Surat Gas Expansion also in Queensland, threatened the climate, the Great Barrier Reef, groundwater and biodiversity. Queensland Senator Larissa Waters said the government of Prime Minister Tony Abbott had "snuck out two devastating decisions for the environment very late on the Friday before Christmas". "With Tony Abbott's blessing, Clive Palmer's mine is set to worsen climate change, use the Great Barrier Reef as a shipping highway, clear fell the last remnant woodland in the region and push a precious endangered finch closer to extinction," she said. The 49 conditions imposed by the government include limits on the total area of habitat for listed threatened species and the 8,000-hectare Bimblebox Nature Refuge that can be disturbed by the project. But Waters said the proposed mine was "simply enormous". "The last thing that the world needs is more coal mines and this one for Clive Palmer is right in the middle of the last bit of the remnant woodland left in the Galilee Basin," she told the ABC. Waratah hopes to produce about 40 million tonnes a year of thermal coal from the Galilee "China First" project.