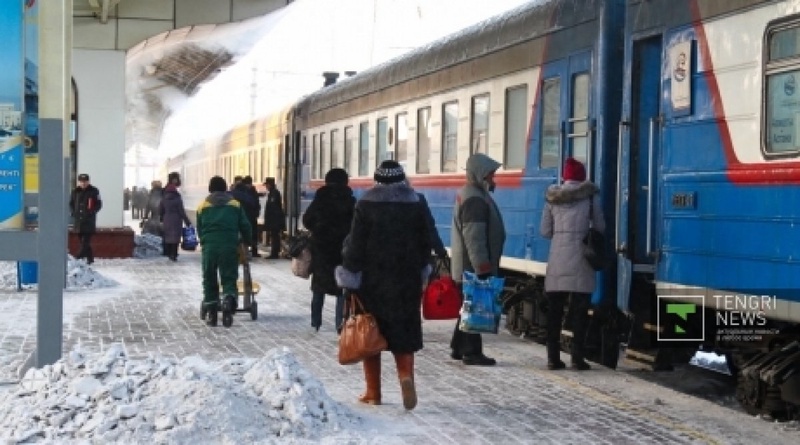 Photo by Danial Okassov©
New railroad station will be built in Astana, Tengrinews.kz reports referring to the city's official website that cites Astana Akim (Mayor) Imangali Tasmagambetov.
Continuation
1.
Astana to reinvent transport infrastructure by 2017
2.
Concept of new railway station in Astana approved
"The area has all the engineering networks and is located near the airport," Tasmagambetov said at the meeting with Secretary General of the International Exhibitions Bureau Vicente Loscertales. Construction of the railroad station will be timed to international exhibition EXPO-2017 at the territory of the exhibition center. The construction will start in January 2014. Besides, the plan is to build a lot of other facilities related to the subject of the coming exhibition: the green economy. The plan is to erect eco-regions in Astana. They will use non-traditional methods of energy production and saving. There is also a plan to construct new car roads. The secret voting of the member-countries of the International Exhibitions Bureau was held in Paris on November 22. Belgian Liege was Astana’s main competitor in the bid to host EXPO-2017. Astana received 103 votes, while Liege got only 44.