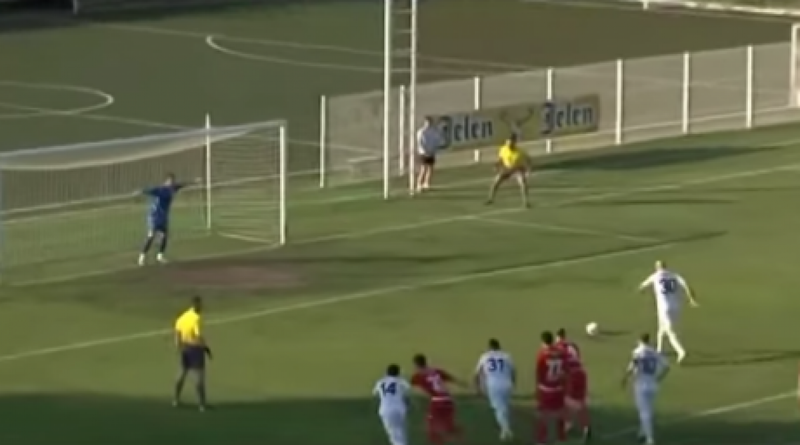 A failed penalty in the match between Cukaricki and Radnicki of Serbian Super League has become an Internet hit. The YouTube vidoe has already got over 1.8 million views.

In the clash between Cukaricki and Radnicki, 36 -year-old striker Nenad Mirosavljevic was to take a penalty for Cukaricki. But instead he stumbled on the ball and the ball rolled into the arms of the Radnicki keeper.