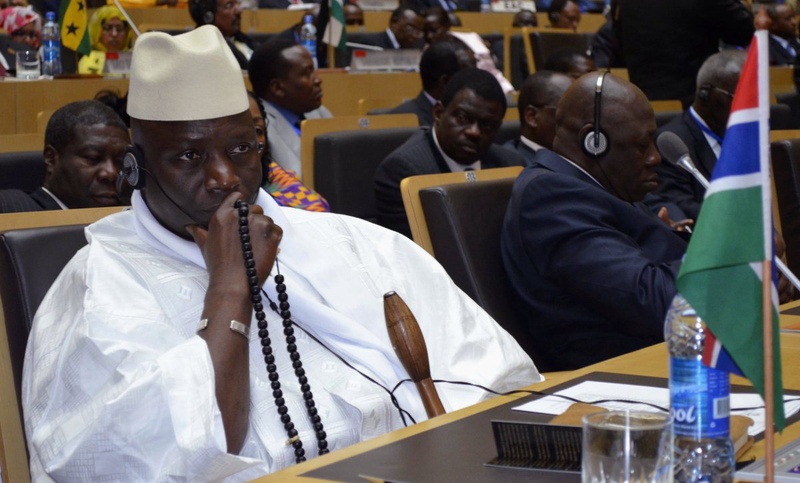 Gambia's President Yahya Jammeh. ©REUTERS
Thousands of Gambians Friday marched in the capital, Banjul to show solidarity with President Yahya Jammeh in his row with the European Union, AFP reports. Gambians marched through the city, some carrying banners saying "No to EU". "We are here to send a clear message to the EU that we will not be colonized twice," one protester, Alassan Jammeh told AFP. "We are Africans and we will be governed according to our own laws," he added. Jammeh on Tuesday accused the European Union of trying to destablise Gambia, after the EU set out a 17-point checklist of demands for reforms. They included calls for Gambia to abolish the death penalty and to re-open newspapers and radio stations closed down by the authorities. The EU's foreign policy chief Catherine Ashton insisted on Wednesday that the bloc was not trying to impose its views but to hold a dialogue. In 2010, the EU, the country's top aid donor, cancelled 22 million euros ($28.8 million) in budget support for Banjul because of concerns over human rights and governance. The west African nation, the smallest on the mainland, has long been dogged by rights concerns under Jammeh's administration.