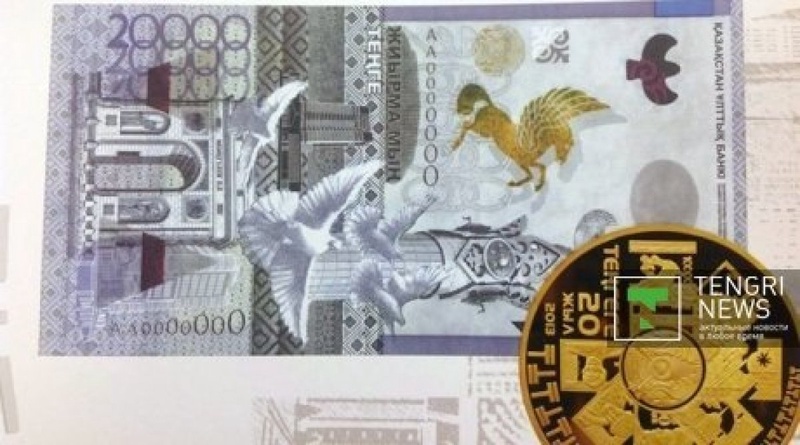 ©tengrinews.kz
Kazakhstan’s Central Bank Governor Kairat Kelimbetov doubts the newly-printed 20 000-tenge-note should be immediately offered for circulation over widely spread expectations of the currency devaluation, Tengrinews reports. “The Central Bank is concerned over the new tenge note spurring inflation. Therefore the Bank is studying expediency of introducing the new tenge note. Even if the ultimate decision to offer the new note for circulation is taken this year, the actual introduction of the new notes will only take place next year”, Mr. Kelimbetov elaborated. “It’s not an idle inquiry (…) prices can go up pushed by high expectations of the currency devaluation. Let’s not hurry”, Mr. Kelimbetov said at a press-conference December 18. According to him, the regulator is more concerned over the current lack of 200, 500 and 1000-tenge notes, with the 5000 and 10 000-teenge notes making up over 50% of all the tenge notes in circulation. “We should think of how many 20 000-tenge notes in circulation will be reasonable and of whether the new notes will cause new problems, rather than of whose signature the notes bear [the already printed 20 000-tenge notes bear the signature of the ex Central Bank Governor Gregory Marchenko]”, Mr. Kelimbetov said, dissolving the rumors of printing new 20 000-tenge notes bearing his signature. According to him, inflation growth by 1% and devaluation expectations will entail extra expenses of billions of US Dollars for the Central Bank.