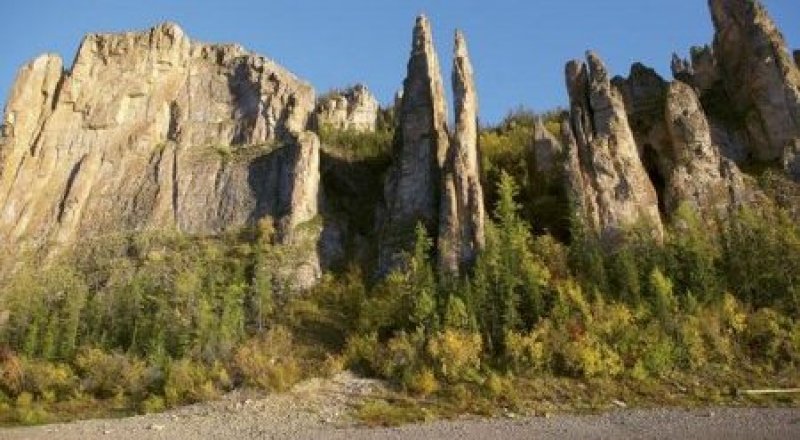 A Kazakhstani site has been added to the UNESCO list of protected biosphere nature reserves, Tengrinews reports.

BarsaKelmes, a Kazakh name that literary means If You Go There You Will Not Return, was once an island in the Aral Sea.

According to unofficial sources, access to the island was strictly limited since it was a site for developing and testing of biological weapons - a twin-site of Vozrozhdeniya Island (also known as Renaissance or Rebirth Island), famous in the USSR for its biological experiments.

The island was located 180 km to the south-west of Aralsk town. In the 1960s the area made 23x7 km. In summer 2009 the island or even a semi-island ceased to exist because of the extensive shrinking of the Sral Sea.

According to official sources, the island was discovered in 1848 and in the 1920s it because home to a fur farm breeding ... ground squirrels. Ten years later the island was declared a national natural reserve tasked with protection of the population of kulans (Equus hemionus) brought there from neighboring Turkmenistan (than the Turkmen Republic). The reserve was known as one of the territories most closed-off for visitors.

Several decades has passed since the island's prime. The area is no longer a Soviet Union domain and there is no Aral Sea around the 'island', with only stray winds lifting up the dust and carrying it and whatever horrors used to dwell in the area miles away.

Besides, allegedly being a site of biological experiments, BarsaKelmes is made special by its ecosystem containing an unusual array of animals and plants that got preserved thanks to the isolation of the territory. A steppe cheetah thought to be extinct is one of them.

Currently there is a national natural reserve called BarsaKelmes Reserve in the area.

According to UNESCO, the biosphere reserve is situated in the Sahara-Gobi Desert zone of the Aral Sea basin. The Aral Sea region is a priority area for wetland conservation and several bird migration routes converge over the region. The territory of the proposed biosphere reserve is a valuable site to preserve the biodiversity of the Aral Sea. It numbers approximately 2,000 species of invertebrates, 30 mammal species, 178 bird species, and 20 reptile species. The reserve also includes four nomadic Kazakhs medieval archaeological sites that were part of the Silk Roads.

The International Co-ordinating Council of the Man and the Biosphere (MAB) Programme of UNESCO added 20 sites to the World Network of Biosphere Reserves during its meeting in the capital of Peru on 18 and 19 March. The newly adopted sites include 18 national site and one transboundary site shared between Spain and Portugal. The Council also approved 9 extensions to existing Biosphere Reserves. Following the withdrawal of two sites at the request of Austria, this brings the total number of biosphere reserves to 669 sites in 120 countries, including 16 transboundary sites.

In Canada, the Tsa Tue area in the country's Northwest Territories that includes the last pristine arctic lake was added to the list, as was the Beaver Hills region of Alberta, which has a landscape formed by a retreating glacier, AFP reports.

Britain's Isle of Man, located in the Irish Sea in a biologically diverse marine environment, and Mexico's Isla Cozumel were also selected for the network.

And in Portugal, the entire Island of Sao Jorge, the fourth largest in the Azores Archipelago, was designated a reserve in addition to the Tajo River region between Portugal and Spain.

Of the hundreds of locations on the list, 16 are sites that stretch across more than one country. Spain is the country with the largest number of registered reserves.

During the meeting, nine extensions to existing biosphere reserves were also approved.