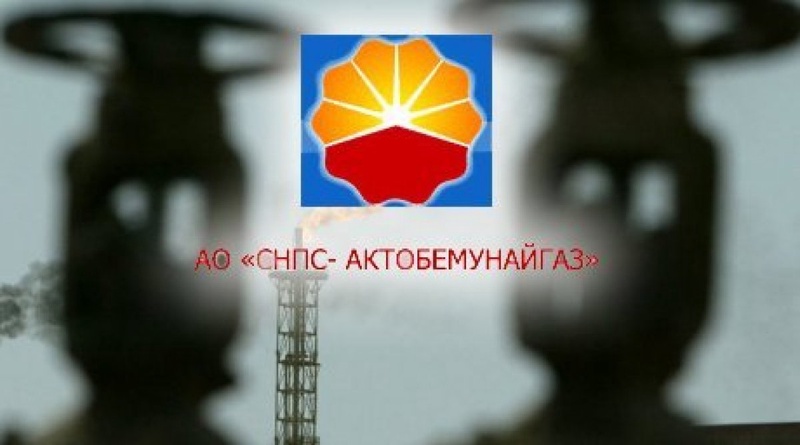 The Logo of CNPC AktobeMunaiGas
CNPC AktobeMunaiGas oil company has been charged with a fine of over $4.4 million, Tengrinews reports citing the press-service of the Ecology Department for Aktobe Oblast. "During the unscheduled inspection of CNPC AktobeMunaiGas held from April to September 2013, the Ecology Department for Aktobe Oblast found that oil processing and pumping shop of Kenkiyakneft oil-and-gas production department, a structural subdivision of CNPC AktobeMunaiGas, was discharging waste water polluted with petroleum products into Kenkiyak SK enterprise's absorption fields (in Temirtau district) meant for utility sewage only. This caused a soil pollution and mass mortality of birds," the Department says. According to evaluations and statements of independent experts, the total damage is estimated at $4.5 million, including the damage to the fauna estimated at $482. CNPC AktobeMunaiGas made three attempts to appeal in court the legitimacy of the Ecology Department's actions in relation to the pollution. But every time the court overruled the appeal of CNPC AktobeMunaigGas against the Ecology Department. In February 2014 the court ordered the execution of the $4 million fine against the oil company. The amount is due to be paid into the state budget. The Territorial Inspection Board for Protection of Flora and Fauna of Aktobe Oblast is going to be charging the company with the fine for the remaining $482 thousand that is due for the mass mortality of birds. CNPC AktobeMunaiGas is a Kazakh-Chinese developing oil and gas fields in Aktobe oblast in western Kazakhstan, including Zhanazhol and Kenkiyak. It is one of five largest oil companies in Kazakhstan. Chinese CNPC owns 60.28% of the company and 25.12% belongs to Kazakhstan. The remaining stock is held by minority shareholders.