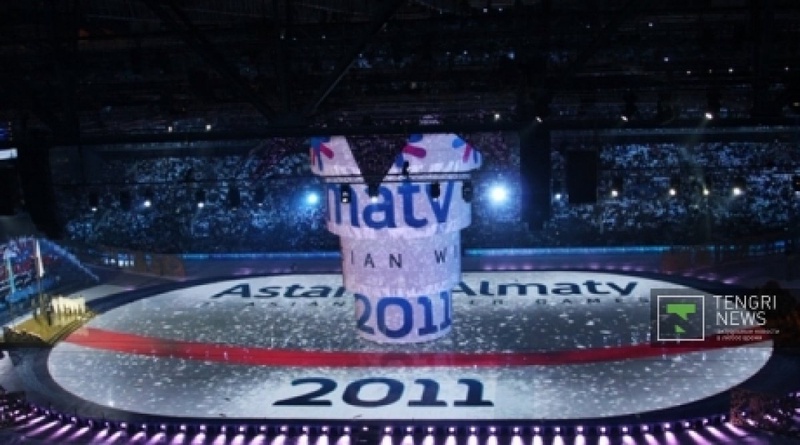 Ceremony of opening of 7th Winter Asian Games-2011 in Astana. Photo by Maksim Popov©
Kazakhstan head of the Directorate of the Winter Asian Games-2011 is accused of embezzlement of state funds in the amount of 23 million tenge ($153 thousand), Tengrinews.kz reports citing the official website of Kazakhstan Agency on Countering Economic and Corruption Crimes (Financial Police). "Almaty Financial Police Department has initiated a criminal case on clauses B and D Part 3 Article 178 (Embezzlement or misuse of entrusted property) of Kazakhstan criminal Code against Director of the Directorate of the Winter Asian Games-2011 Mr. S., who, being a person authorized to execute state functions, embezzled funds in amount the of 23 million tenge under the pretense of using them to finance a concert," the message states. Sultanbek Syzdykov was appointed head of Almaty Directorate of the 7th Winter Asian Games in November 2010. The Games were held in Astana and Almaty on January 30-February 6. 30 thousand people attended the opening of the Games in Astana. According to the organizers, the Winter Asian Games had never had such a spectacular opening before. The delegations of OCA (Olympic Council of Asia) member-countries took part in the opening of the Asian Games-2011. Each of them carried its national flag at the stadium. A Russian team of stage directors was responsible for the opening and closing ceremonies. The closing ceremony was held in Baluan Sholak Sports Palace in Almaty. The capacity of the sport facility after reconstruction is only 5 thousand seats. Kazakhstan sportsmen won the most number of awards in the history of Kazakhstan's participation in the 2011 Games: 32 gold, 21 silver and 17 bronze medals.