Ex-fortune teller jailed for forging will in Hong Kong 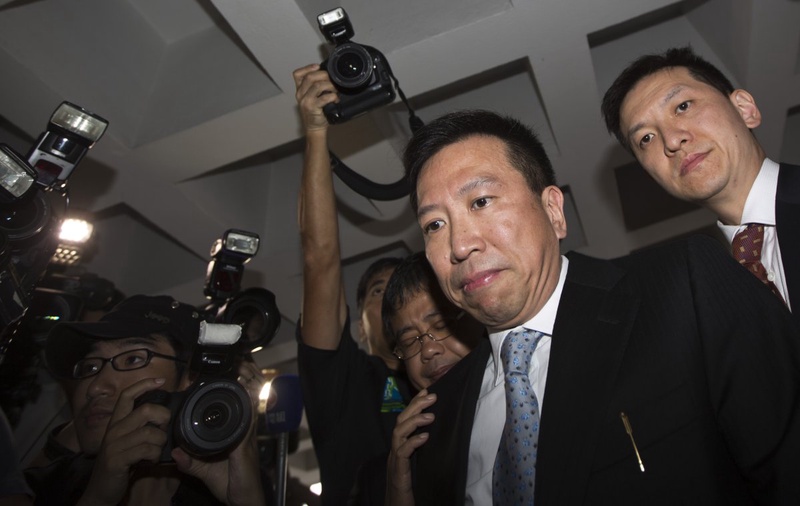 Former feng shui practitioner Peter Chan Chun-chuen(2nd-R),formerly known as Tony Chan. ©REUTERS/Tyrone Siu
A Hong Kong court Friday sentenced a former fortune teller who claimed to be the lover of late billionaire Nina Wang to 12 years in jail after finding him guilty of forging her will,
Continuation
1.
Hong Kong fortune teller appeals Nina Wang will conviction
AFP reports. Judge Andrew Macrae described the conduct of bartender-turned-feng shui master Tony Chan as "shameless and wicked as well as borne of unparalleled greed". Chan had built a career advising clients including Wang on feng shui, an ancient Chinese belief system based on harnessing natural and spiritual energies. He lost a legal battle in 2010 to claim the estimated $13 billion estate of the late property tycoon, once Asia's richest woman, in a high-profile case that has gripped the city for years. He was then convicted on Thursday of forging the will in question. Wang was known for her thrifty nature and outlandish dress sense, and was nicknamed "Little Sweetie" for her pigtail hairstyle. She died of cancer in 2007 aged 69, triggering a bitter public feud over her fortune.