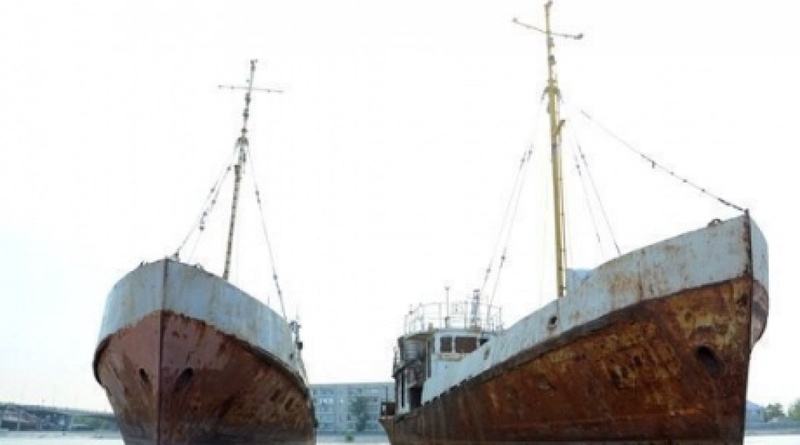 Photo courtesy of azh.kz
Specialized interregional economic court of Atyrau oblast declared AtyrauBalyk bankrupt, KazTAG reports. “Pursuing the claim of Atyrau Tax Department, the oblast's specialized economic court declared AtyrauBalyk bankrupt,” the message states. According to the court, the taxes payable at the moment of its declaration of bankruptcy exceeded 62 million tenge ($413 thousand), the total accounts payable made 219 million tenge ($1.5 million), while its accounts receivable was 81 million tenge ($540 thousand). The company will be liquidated by the department on bankruptcies. According to the acting legislation, all the company’s debts will be written off. The court ruling has already come into effect. AtyrauBalyk (former Guryev fish canning plant) was established in 1933. After 40 years it became a big production union by 1976. However, after it was transferred into the private ownership in the 1990s, it got into a difficult situation. New owners of the company were using old equipment. Its employees went on strikes several demanding their salaries to be paid. 89 percent of the stock of AtyrauBalyk, the only official exporter of Kazakhstan’s black caviar, were transferred into the state ownership in 2009 free of charge. Before that 76 percent stake was owned by an offshore company Brooklyn Group Consultants Inc. (British Virgin Islands) and 13 percent were owned by its affiliated company KZ-Balyk. Attempts to revive the company by creating Zhaiyk Balyk had no effect. 3.5 billion tenge ($23 million) were allocated to Zhaiyk Balyk in 2010-2011 for procurement of equipment. However, the equipment bought for Zhaiyk Balyk at inflated prices was never put to use.