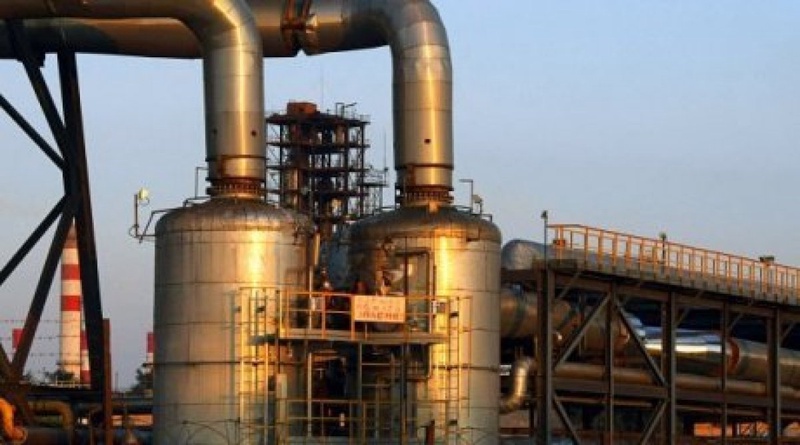 Atyrau oil refinery. Photo courtesy of otannews.com
An average monthly salary at Atyrau oil refinery is 270 thousand tenge ($1,800), while it was 82,635 tenge ($551) in 2004. In 2011 the salaries went 25 percent up and then were raised by another 30 percent in 2012. According to the public relations and information service of Atyrau oil refinery, this is the merit of former Director General of the company, Talgat Baitaziyev. The first stage of the plant's reconstruction was completed and the second one has been started. A contract for turn-key construction of the advanced oil processing center has been signed, two multi-apartment buildings and a village were built and put into operation (another 80-apartment will be launched this year), improving the living conditions for over 200 families of the plant's employees during his management (July 2004-November 2012). Talgat Baitaziyev resigned and was replaced by Arman Kairdenov on November 21, 2012.