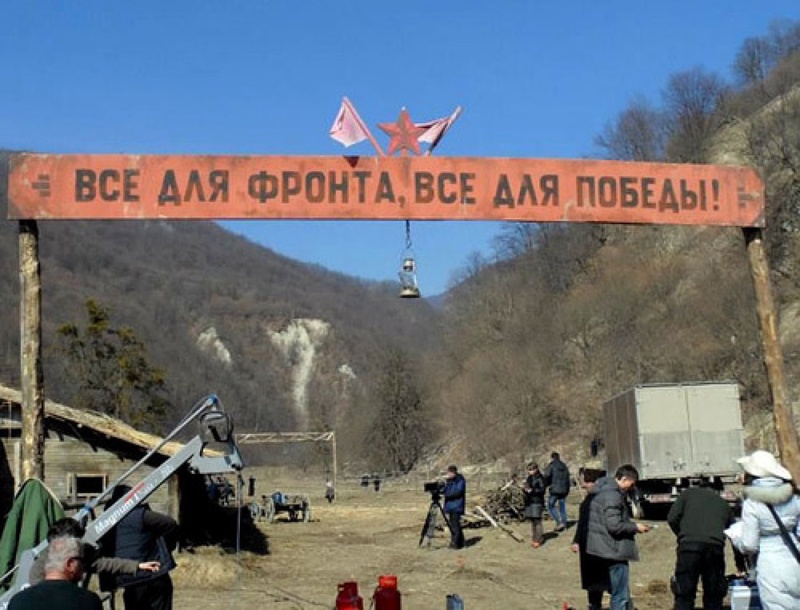 Russia has refused to permit the release of a film about the mass deportations of entire ethnic groups on Stalin's orders during World War II, calling it anti-Russian and a falsification of history, AFP reports.

The historical drama shot in Chechnya details how the Soviets forcibly deported the whole Chechen nation and the related Ingush group -- half a million people -- from their homeland in the North Caucasus to Central Asia in the winter of 1944, accusing them of lacking loyalty to the state.

A culture ministry official condemned the film as a "historical falsification" in a letter shown to AFP by the film's scriptwriter and producer, Ruslan Kokanayev.

"We consider the film will promote ethnic hatred," wrote Vyacheslav Telnov, director of the ministry's cinema department, in the letter in response to a request for a release certificate.

Titled "Ordered to Forget", the film was intended to mark the 70th anniversary of the deportations this year.

The culture ministry, which licenses cinema releases, singled out a massacre depicted in the film in which 700 people were burnt to death in the Chechen mountain village of Khaibakh in 1944.

The ministry said it had searched three Russian state archives including the files of the NKVD security forces that carried out the deportations and Stalin's personal files.

"As a result of the investigation, no documents were discovered proving the fact of the mass burning of residents," the ministry said.

"This allows us to conclude that claims of this 'event' are a historical falsification."

An advisor to Culture Minister Vladimir Medinsky, Larisa Khon, told the Kommersant daily the ministry had not taken a final decision on the film and would carry out a further expert assessment.

The ministry did not respond to a request for comment from AFP.

"On February 23 (1944), snow fell in the mountains and it was difficult to move the people out on foot. They brought out the men, but set fire to those who could not walk," Cherkasov said.

"It is only possible to argue about the numbers of the dead."

The ministry "apparently acted on the principle: let's not get ourselves into trouble," Cherkasov said.

The film's makers were taken aback by the decision.

"I didn't expect it because we were sure we'd get a distribution licence, because these facts are known," Kokanayev said by telephone from the Chechen capital Grozny.

"I intend to contest this ban," Kokanayev said. "We will go to court and show that we are in the right."

The history graduate from Chechen State University in Grozny also denied that the film could incite ethnic hatred of Russians.

"The film can't be anti-Russian because it doesn't say one nation killed another nation," he said. "Some Russians behaved well towards those deported."

Russia under President Vladimir Putin has increasingly taken on the mantle of the Soviet Union and prides itself on its victories while downplaying the millions of deaths under Stalin's forced industrialisation, collectivisation and prison camps.

Putin has voiced opposition to debate on history and is overseeing the creation of a single history textbook series to be used by all schools.

The film is a "full-length feature film, the first Chechen film," said Kokanayev. Unusually for a movie maker, the 52-year-old works as the head of a municipal district in Chechnya.

The film was financed by "private investors in Grozny and Moscow," he said. "We didn't have any financing from the (state) budget."

The film's makers have submitted it to a number of film festivals both in Russia and abroad, including the Moscow International Film Festival and the Venice Film Festival.